The “Soft Tyranny” Born Of “Trust Us” 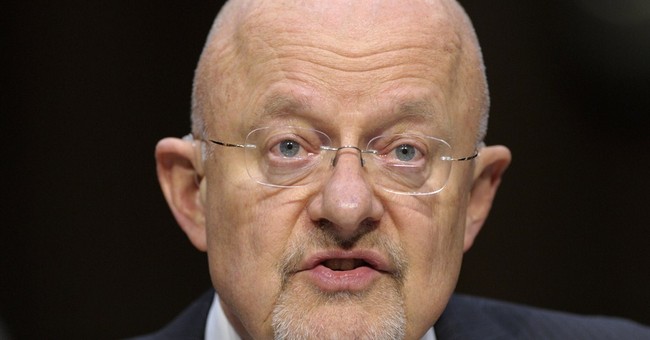 “If you have nothing to hide, you have nothing to fear.” This is the mentality shared by a growing number of Americans who would allow government to run roughshod over their rights, rather than raise concern about the vast expansion of the Surveillance State in the past decade. To this cadre of citizens, government knows best as its leaders implore us to “trust them” while they pursue the “bad guys” on our behalf.

Were it that simple.

The admonition to “trust us” is more than a simple justification of government malfeasance. Big Government cheerleaders use it to “freedom-shame” their critics by setting up a straw-man argument that if one opposes surreptitious surveillance or illegal methods of law enforcement investigations, one obviously must be guilty of some crime they wish to hide. After all, how can you not “trust” Uncle Sam in this 21st Century? How can one be skeptical of a government so benevolent it has gone $17 trillion in debt caring for us?

The answer lies in our Constitution, as well as in the Federalist Papers that so eloquently explain our system of government. As noted in Federalist 51, written 225 years ago by James Madison, the “Father of the Constitution” (I paraphrase): “If men were angels, we would have no need of government, but men are not angels and we therefore institute government among men to protect us from the abuses in which government inevitably will engage if left to its own devices.”

Clearly, our Founding Fathers understood the fundamental nature of government: that, as an institution, government seeks power. They knew also that power, once obtained, tends to corrupt, hence the checks and balances built into in our constitutional republic.

Yet, in our post-9/11 world, the will to demand government operate within the law and the Constitution, and the courage to criticize it when it appears not to so operate, too often is trumped by fear. Fear in myriad permutations – fear of terrorist attacks, fear of crime, fear of accidents, fear of . . . you name it.

As Edmund Burke understood in 1757, “no passion so effectively robs the mind of all its powers of acting and reasoning as fear.” Unfortunately, government leaders today -- as in 1776 when John Adams noted that “fear is the foundation of most governments” – understand this fact all too well.

For example, we know now that the federal government has been mis-using a provision (Section 215) of the PATRIOT Act to vacuum-in massive quantities of data about our private phone calls for no reason other than the government might someday need to analyze such data to triangulate the identity of a possible terrorist. If we dare question such tactics, we are told to back off and be quiet because the NSA has thwarted “bad guys” by engaging in such data-mining. We are scolded to be silent because even discussing such a massive invasion of our privacy may “alert” a terrorist cell that the NSA is attempting to locate them – as if they were so naive they would not presume our intelligence agencies were (quite properly) surveilling them already.

This chorus of “trust us” extends far beyond the national security arena.

According to a recent article in the Washington Post, 26 states already are using photo databases with more than 120-million photos that are open to law enforcement searches with few safeguards, and virtually no public awareness. Eventually, law enforcement officials hope these databases can be used to quickly identify individuals in mass video surveillance, such as people walking past security cameras. In a few years, it may be possible for government to know your exact whereabouts, at a moment’s notice, by merely running a search query.

DNA – the most revealing of all data – is being collected from individuals who have not even been convicted of criminal activity. Government surveillance cameras digitally monitor and record activities on street corners, sidewalks, roadways, monuments, and public buildings. RFID chips monitor children in grade schools, pets in our yards, and identification cards everywhere. Cell phones are outfitted with government-mandated GPS tracking devices. The Census Bureau demands detailed information for its huge database about our home furnishings, salaries, and work habits. Purchasing a cold remedy now subjects the casual purchaser to inclusion in a drug database. Those who support the current version of immigration reform legislation clamor for “e-verify,” a federal database they hope will be mandatory for every employer in the country someday.

The list of privacy-invasive, information-collection activities by government entities is virtually endless.

It is axiomatic that such data-gathering and data-mining offers to government the tools with which to accomplish the evil of government control our Founding Fathers knew as the inevitable goal of government, in the absence of adherence to the limits of the law and the Constitution. So long as we allow fear to trump those vital safeguards, we will slip further and further into the shadow of “soft tyranny” warned of by Alexis de Tocqueville nearly two centuries ago, and echoed by noted Liberty advocates repeatedly in the decades since.