It Doesn't Always Stay in Vegas! 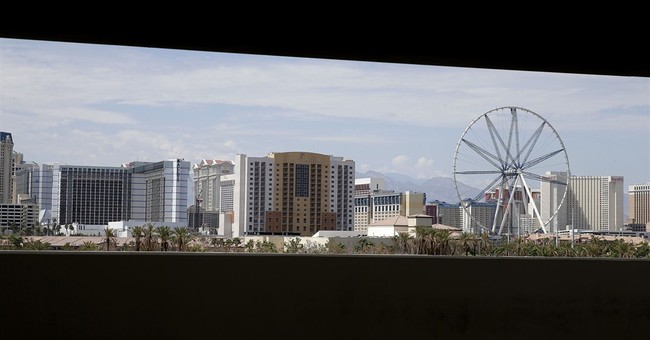 As I wait in breathless anticipation for the announcement to be made by Barack Obama about his new illegal immigration policy, I can’t help be amused at the irony of the chosen venue,

No…not because he used Vegas in 2013 to outline his blueprint for immigration legislation with no follow through, nor because of his infamous “you don’t blow a bunch of cash in Vegas when you are trying to save for college”, I’ll even cut him some slack when he chastised corporate America for holding conferences in Vegas in bad economic times. The Chamber of Commerce wasn’t happy about that comment!

What strikes me most is that putting booze, the glitzy girls and the All You Can Eat Seafood Buffet aside,

Obama comes to Vegas playing for some of the highest stakes in the Country, and maybe the World. Unfortunately for him, and us, he comes to Vegas without those gaming skills honed.

For the past six years, the President has been the House and he has been playing (competing) with such adversaries as John Boehner, Mitch McConnell and Kevin McCarthy. As we know in

“We’ll know what’s in it once we’ve passed it”.

Simply put, the President has had a relatively easy time competitionwise.

Since the beginning of his tenure he hasn’t been playing Craps, Blackjack or even Roulette with his so-called obstructionist foes. He has been playing Tic-Tac-Toe, with an occasional game of Checkers thrown in. That is why when going up against a Chess master, Vladimir Putin, he seems completely inept.

Yes, Mr. President, once again you have boxed in the weepy one and his cohorts and will walk away with somewhat of a victory. It may be advantageous to stow away the golf clubs and spend a little more time at the tables honing your techniques, your strategy and even your skills.