Off The Sidelines! Aren’t We Lucky 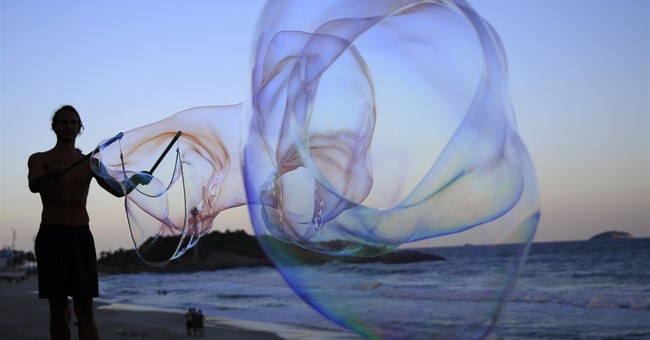 It always seems that mainstream media columnists wait until the parade has passed them by before they go out on a limb with a prediction.

Of course, from 1997 on, to the end of the decade, these same pundits were skeptical. How could

Somehow, however, it was all put aside and the skeptics came onboard for the fateful, final 60 days.

When Ben Bernanke emphatically declared to Maria Bartiromo, in 2005, that “We’ve never had a decline in home prices on a nationwide basis” he gave the all clear to the pundits. “Load up your IRAs with several houses”, “Buy and flip is alive and well”, and “The American dream of owning 1, 2, or 3 homes” was still on everyone’s radar.

The peak in housing in 2008 finally saw the pundits declare “That any setback was only temporary” and it was “Single family housing full speed ahead”.

Now that gold has plummeted from 1700 to 1200 the pundits are declaring “Gold crashes and is now tarnished for good”. For good is an awfully long time!

These pundits were the same ones who declared “That it would only be a few months until we would be looking at $2,000 per ounce in the rearview mirror, after all hasn’t the dollar been trashed by the Fed’s incessant money creation.”

It is easy to make declarations after the moves have occurred. Unfortunately, had you listened and committed to the dot com, housing and gold when the pundits said all clear you would have had no worries, however of course, you would have no money either.

About gold? Probably lower for awhile but not for good. Certainly not forever.

Because the pundits came off the sidelines and said so!

Now available on Amazon.com in paperback and kindle.

Go to billtatro.com for an exclusive video

And preview of 44th A Presidential Conspiracy