Nothing to See Here Folks, Just Move On 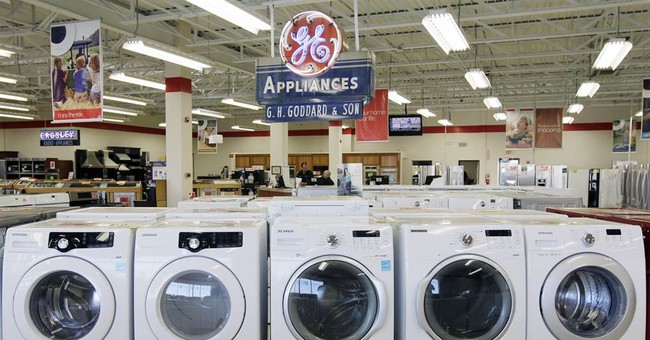 The Commerce Department just reported a quarter of negative growth. According to most liberals, mainstream media (perhaps one and the same) and Wall Street pundits “No one credible thinks this is the beginning of a new recession.”

Several months ago 57 economists were polled by Bloomberg and all agreed, 100%, that from April 1st to the end of the year interest rates could only go higher. Only a non-credible economist would dare take the opposite position.

Many months before that the Speaker of the House, John Boehner, chastised a columnist who dared to question the agreement reached by Republicans and Democrats to continue spending today for cuts in the future. He said that the writer had exhibited a definite lack of credibility. (guess who?)

I “offer” to you these grounds for believability.

The House Speaker would like us to believe that the Wimpy approach to government “I’ll gladly pay you Tuesday for a hamburger today” continues to be acceptable. In addition he would have us accept the Harry Reid Nancy Pelosi promises made for future Congressman that they will stop spending in the future if only they can continue spending today. Right!!!!!

The 57 economists are a bit concerned that interest rates have moved dramatically lower since their prognostication. The textbooks say that increased printing produces increased devaluation which produces increased inflation and rising rates. No disagreement here, if life was a textbook. The problem is the increased printing is not cash but credit. It is not getting to the folks. Deflation is trumping inflation. And real money is going to safety thus higher bond prices and lower interest rates.

Most say that a negative 1% GDP was simply because of the weather. Unfortunately snow and ice will come again in about 5 to 6 months. The drought and wind storms of

One more quarter of negative GDP technically makes a recession but for the food-stamped, nonparticipation, foreclosed, and forlorn American public, recession was passed long ago and depression is actually the real word.

So I ask. Do you accept my “reasonable grounds for being believed?”

Or does the Speaker, the econs and the left have it right? Time will tell but what do you think now?

Have I made my case?