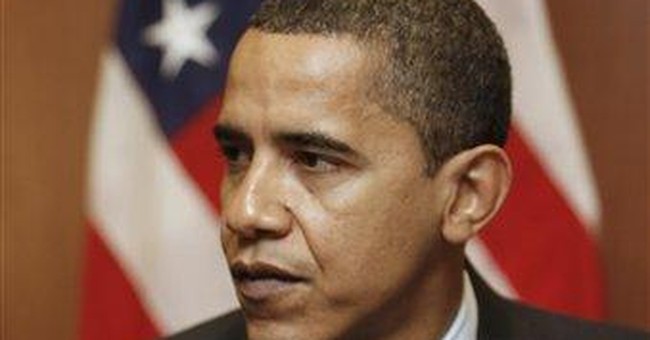 There's a beautiful thing President-elect Obama could do on his first day in office to prove he's serious about being an instrument of real change.

It'd be politically painless. He'd double-cross no special-interest group. He'd offend no important voting bloc. And he wouldn't have to create a new federal bureaucracy or spend $30 billion to make it happen.

With just the power of his oratory and his yet-untarnished moral authority, our new changer-in-chief could save 7,000 American lives a year, put an end to the physical and mental suffering of another 100,000 men, women and children and save billions of dollars in unnecessary medical costs.

All he has to do on Jan. 20 is call for the repeal of the National Organ Transplant Act of 1984. That's the terrible federal law that criminalizes the buying and selling of human organs for transplant operations -- and therefore makes it a virtual certainty that the supply of kidneys, livers and hearts will never meet our demand for them.

Justifications for prohibiting the trade in major human body parts -- including that the world's poor will be forced into selling their children's organs to Westerners or people will be kidnapped and have their organs harvested -- are largely irrational, exaggerated or bogus, as an Oct. 11 article in The Economist magazine pointed out. Outlawing organs does what outlawing drugs, booze or any other highly demanded product does: it creates a dangerous black market with no regulatory or judicial oversight.

Meanwhile, the "moral" arguments of the ivory-towered medical ethicists, who think treating human body parts like a commercial commodity is an indignity that trumps saving lives, are indefensible. So is the position of the National Kidney Foundation, which recently lobbied against a bill that would have permitted the mere testing of financial incentives.

The bad news is that more and more patients need organs and legal sources in the United States -- altruistic donors, family members and cadavers -- can't possibly keep up:

The good news is that, as The Economist reported, doctors, patient groups and politicians around the world are coming to realize that paying for organs is the only practical and ethical solution. Israel, for example, now allows donors to be paid about $1,500 for lost work time and recuperation.

No one expects Obama to start reading old Cato Institute position papers on how the free-market could provide all the human spare parts the world needs. But he might want to pick up "When Altruism Isn't Enough," the new book edited by Sally Satel, a psychiatrist and a kidney transplant recipient.

With contributions from physicians, legal scholars, economists and philosophers, Satel's book spells out how to design a safe, ethical, affordable and practical government-regulated system for rewarding individuals for donating their organs to strangers. She also makes the ethical case that we have a moral imperative to do so.

Obama should have Satel's book on his presidential nightstand. And if he wants to know how a market for transplant organs might work in practice, he can call up the leaders of the only country on the planet where donating organs for money is officially sanctioned.

That progressive land -- where today there is no waiting list for kidneys, where dying citizens do not have to go abroad to get a transplant and where since 1988 kidneys have been traded freely -- is Iran.