The Government Failed Us 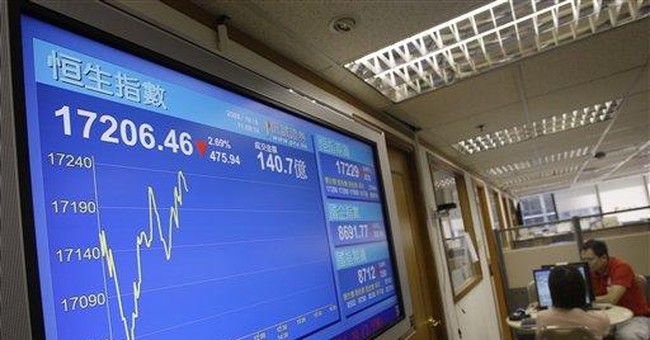 It's no surprise that someone who named his company FreeMarkets Inc., as founder and CEO Glen Meakem did, is a foe of the gargantuan financial bailout bill that President Bush signed into law Friday. Meakem, who calls himself "an economic conservative" and is active in Republican politics, sold his innovative business-to-business Internet company to Ariba Inc. in 2004 for $493 million. Now 44, he is the co-founder and managing director of Meakem Becker Venture Capital. I talked to him by telephone on Thursday evening, the day after the Senate passed a pork-stuffed version of the $700 billion "rescue" plan that its proponents hope will free up the country's frozen credit markets so banks can start lending again.

Q: Are you a pro- or anti-bailout person?

A: I'm against it. .... The bottom line here is that this crisis was caused by the government. They've only worsened it. They've done some regulatory things that are intelligent to try to address it, but there's been a lot of other stupid things done. This bailout package has some good things in it -- keeping 30 million people from paying the Alternative Minimum Tax. That's a good thing. Taking FDIC insurance on bank deposits from $100,000 to $250,000. There are good things. But there's just a whole sea of bad stuff in this bill. And it's $800 billion of new spending and it should be defeated.

Q: Should the market be allowed to fix the credit crisis and is there any simple way to do that?

A: Yes, the market should be allowed to fix the problem with intelligent regulation and perhaps a much-scaled-back government intervention.

Q: What is the single biggest or most important economic problem that needs to be addressed right now?

A: I think the government in the last week has already done the two key things. The SEC modified the mark-to-market rule (The act of recording the price or value of a security, portfolio or account to reflect its current market value rather than its book value), which is great. And the Fed has stopped worrying about inflation and is now worried about liquidity and deflation and they are injecting massive amounts of money into the financial system. Not bailout, give-away money, but hard loans that banks have to pay back. So I think they've already done the two key things. I think the reason the market dropped (Thursday) so much is that the market's worried that the bailout bill will pass.

Q: Do you still think, as you did on Sept. 16, that the credit crisis will work itself out in six months?

A: It's clearly gotten worse than it was three weeks ago. I think this is a one-year minimum workout period. Frankly, it depends on what happens politically. The worst thing that could possibly happen right now is increasing taxes. Of course, Barack Obama has been updating his positions. But all along he's talked about penalizing the people with capital, penalizing the people with higher incomes. Frankly, that's like going in and throwing water in the gas tank of the engine of the train.

Q: If Obama and his neo-New Deal-type thinking are in power for the next four years, can he really do more harm economically to the country than President Bush has done in the last seven years?

A: Yes. This isn't a popular statement but I would argue that Bush's economic policies have actually been very good, with the exception that the Democrats fought any reform of Fannie Mae and Freddie Mac, and so this mortgage crisis that a lot of people knew was brewing got out of hand.

The fact that the crisis was unaddressed is squarely the responsibility of the liberal Democrats. They fought any reform at all. That's clearly documented. So that part of the economic failure is clearly not Bush's fault. As for the liquidity crisis, I think (Federal Reserve Chairman) Ben Bernanke has not been a very successful Fed chief. I think he misread the economy over the past year and I think they needed to put a lot more liquidity into the economy. So we can fault the Bush administration or the independent Fed for that part of it.

Q: Do you see a serious recession coming?

A: I think it depends on policy. If Obama gets elected and we raise tax rates, yes, we'll have a very serious recession. And if the government borrows tremendous amounts of money from the future and spends it on silly, stupid things, then, yes, we will have a very serious recession -- or maybe even something we could call a "New Depression." Maybe not "The Great Depression," but as you may recall from history, there were many depressions in the 19th century. We could have a depression of our own here in this decade ... . This bill would be a huge tax on our future, which would keep economic growth sluggish for a long time. There's no way to avoid bad stuff happening from this point forward, but government spending a lot of money in silly ways and borrowing that money from our future will really hurt us.

A: In Pennsylvania, in general, our tax rates are still too high. We have the second-highest corporate net income tax in the country. As long as we have that we are going to be unattractive to capital and new business and jobs. That's the bad news -- that Pennsylvania is set up to be anti-business.

The good news is because we've had those bad economic policies in place for a long time in Pennsylvania, we've not been a boom economy. Especially in our part of the state, in the Pittsburgh area, we never had the big increase in home prices. We never had the boom, so we're not having the same kind of bust that Florida and Nevada and California and other higher-growth parts of the country are having. As I look at the next six months, I think we'll probably experience less pain than other places.

Q: Who do you think will win Pennsylvania on Nov. 4 and who's going to be the next president?

A: I strongly support John McCain. I think he's the better of the two options. Right now the chances are that Barack Obama is going to be our next president, based on the polls I'm seeing. I think regular people are making the same mistake that they made in reaction to the Great Depression.