Bill Murchison
|
Posted: Apr 26, 2016 12:01 AM
Share   Tweet
The opinions expressed by columnists are their own and do not necessarily represent the views of Townhall.com. 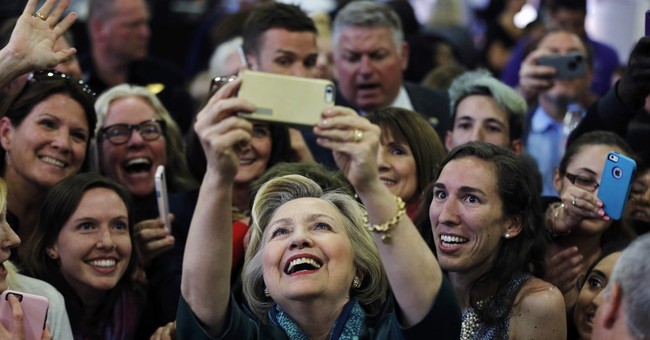 Trending
The kids, as commentators called them in the '60s, got us where we are: a place their own kids seem not to like. Wow! Irony!

And what's that place? You have to have arthritis or hip deterioration to recall the kind of America the counterculture revolted against circa 1965-1975: a more or less progressive yet also stable America, with institutions that more or less worked. Government programs hadn't taken over life. Tax rates were more favorable to earners than to the U. S. Treasury. If you wanted a job, you could have one. Intact families easily outnumbered those of the non-intact variety. Churches enjoyed overwhelming respect. Colleges were affordable, public schools OK.

Am I describing the earthly paradise? Not by any means. On account of which, the counterculture -- the kids -- tore the place apart in order to undertake a remodeling job: general breakdown in moral/sexual norms; family disintegration; academic demoralization; huge drop-off in respect for religion; the across-the-board rise of managerial government; the consequent taming of those "animal spirits" necessary for economic growth and job creation; America's partial disappearance as a power willing to promote the national interest abroad. And so on.

Nice work, kids. Behold, accordingly, a new study by Harvard's Institute of Politics at the John F. Kennedy School of Government. The kids have kids of their own: a new generation of 18-to-29-year-olds seemingly as unhappy with things today as their parents were with things yesterday.

The Harvard study says 47 percent of today's young people think their country basically is "off on the wrong track," whereas just 15 percent think we're getting somewhere. Trust in institutions hardly abounds among today's youth; just 11 percent of them trust Wall Street, with 9 percent trusting the media. Ho, ho, how do you like that last one? Those former kids who grew up to take charge of what and how we communicate don't command their own kids' respect.

Ah, and get this: The military their parents so hated during Vietnam War days is the only institution today's kids trust "most of the time."

How's this stuff going to be fixed? Harvard says 61 percent to 33 percent of today's young people prefer a Democratic to a Republican president -- meaning, inevitably, they would elect that exemplar of 1969 politics, Hillary Clinton. That's in large part because they can't stand the bumptious Donald Trump. They really like Bernie Sanders; at the same time, they favor neither socialism nor capitalism. They do "care deeply," says the Harvard institute's director, Maggie Williams, "about their futures, and in the election cycle they are laser-focused on issues like access to educational opportunity, women's equality, and the economy." It's much the same way their parents focused (before anyone knew what a laser was) on gaining the right to do whatever they wanted to do, "moral" or not.

Never mind the unfortunate precedents set by the previous youth revolution and its leaders, such as young Hillary Rodham. Today's kids are determined to get things right. Oil-industry-hating billionaire Tom Steyer, who plans on spending $25 million to mobilize the youth vote, says, "This generation of young people is super smart, passionate, and highly moral. What they haven't been is as engaged in the electoral process as older Americans."

What a lot of nonsense, one might say, due in part to recollections of how badly the last youth revolution turned out. Yet conservative politicians who seethed at the hippie-dippy paradise touted by the Clinton generation have a duty to feel some remorse. They never clinched the deal they made with the electorate in 1980 to clean up the Clinton generation mess via traditionalist/free-market policies served up under Ronald Reagan. They thought (it seems to me) it sufficed to elect Reagan and give him the job of patiently explaining to an impatient people why and how the older norms (duty, honor, religion, self-restraint amid an atmosphere of freedom) worked better than the competing ideals of the '60s generation.

Irony of ironies -- numerous unrepentant members of the Clinton generation grew up to staff and dominate the same institutions their kids now don't trust. Here we go again, 50 years later. We should fasten our seatbelts.

Joe Manchin Is the Grim Reaper for Most of the Left's Agenda Items...And He Just Killed Another One
Matt Vespa
One of the Big Lies In the Kyle Rittenhouse Case
Julio Rosas
Milley: China's Hypersonic Missile Test Close to a 'Sputnik' Moment
Matt Vespa
Oh, Goodie: Here's the Timeline Given Until ISIS-K Can Launch Attacks on the US
Matt Vespa
Will Alec Baldwin Be Charged In Fatal Accidental Shooting? Authorities Say All Options 'On the Table'
Matt Vespa
GOP Doctors Caucus Members Warn Against Health Care Worker Vaccine Mandates
Madeline Leesman

Joe Manchin Is the Grim Reaper for Most of the Left's Agenda Items...And He Just Killed Another One
Townhall
Ted Cruz drops Eric Swalwell and Ilhan Omar for taking Aaron Rupar's 'Nazi salutes' lie and running with it
Twitchy
Ilhan Omar, Eric Swalwell Pick Nasty Fight With Ted Cruz, but Cruz Finishes It - and Them
Redstate
Braves Fans Rejoice as MLB Backpedals
PJ Media