Is It Really 'Persecution' Time in America? 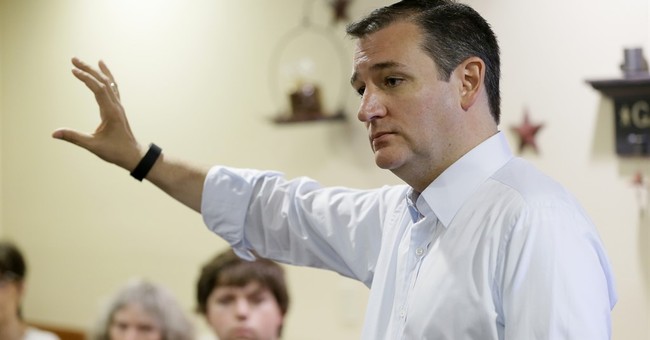 Opposition to Christian cultural and political arguments doesn't rise quite to the level of persecution -- a point that eludes various Christians (including Ted Cruz, but more on him in a minute). Still, the subject of growing estrangement between Christian belief and secular power needs attention in the presidential campaign.

The evangelical evening six Republican presidential contenders spent at cavernous Prestonwood Baptist Church, in the Dallas suburb of Plano, suggests that the campaign won't be given over entirely to emails, Benghazi, inequality issues and Donald Trump's hat size.

The campaign's religious component -- the sincere, unstated part of it, not the element trumpeted at political rallies these days -- is immense.

In trying to understand why and how, we shouldn't be sidetracked by Ted Cruz's claim the other night: "Religious liberty is under threat today like it never has been in this nation." The threats, said my state's junior senator, "grow darker and darker." Well, I don't know that the government is yet buying up and breeding lions for use in the arena against opponents of Obamacare.

The problem one sees against the dark backdrop Cruz would show us is alarming in a way unconnected to physical danger: the official discomfiture of bakers, florists, and a county clerk or two for trying to maintain their commitment to marriage as the union of a man and a woman; the attempted federal coercion of a Catholic religious order, the Little Sisters of the Poor, for uncompromising opposition to birth control; the Orwellian "memory hole" at the bottom of which lie recollections of a recent time when prayer in a public place didn't receive fierce looks from the constituted authorities.

There's been a philosophical shift in this country, from the religiousness taken for granted in the 1950s to today's secularism, which is present even in theoretically non-secular circles (e.g., liberal churches). This new philosophy embraces abortion, non-traditional marriage and a more relaxed standard of morality than formerly, on the theory that what goes on in private homes is the business of who's doing business there. The theory is presently testing natural limits: Witness the outcry over rape at college parties. Still, we constantly learn (or seem to) that the religious viewpoint is just one viewpoint, deserving only a measure of the protection it once took for granted.

When one opens one's eyes wide and looks around, the zeal of the Prestonwood Baptist audience crowd becomes more understandable.

Cruz's talk of threats to "religious liberty" -- and Jeb Bush's call, at the same rally, for laws protecting "religious conscience" -- do not come wholly amiss. However, they overlook the otherwise non-overlookable point, which isn't that the country could benefit from more laws; rather, that the law "written on the heart," in St. Paul's phrase, the natural law of common understanding regarding duty and obligation and love, is the thing that needs major reinforcement from every perspective of life.

Restored to its place at the center of human affairs, integrated with statutory law, and backed by religious teaching, the natural law alone stands between civilization and barbarism, between -- if you put it in a way our time can easily grasp -- human dignity and respect versus semi-drunken rape in a frat house. Suppress the law written on the heart, after the manner of modern times, and what follows is the disorder that Power tries to control through edicts and troop movements.

In the matter of human freedom, religion has very much the upper hand over moral anarchy. Anarchy invites crackdown: a victor's peace, a long winter of suppression and suffering. Religion looks to the fulfillment of human purposes long observed to exceed the sensual and highly temporary ends we often see as irresistible.

The Prestonwood Baptist shindig starring Ted Cruz can't hurt the quest for moral recovery. But closer attention to the underpinnings of the crusade could help far more. "Persecuted" Christians could ask: Why more laws? Haven't we got right now, awaiting recovery, all the laws we need?