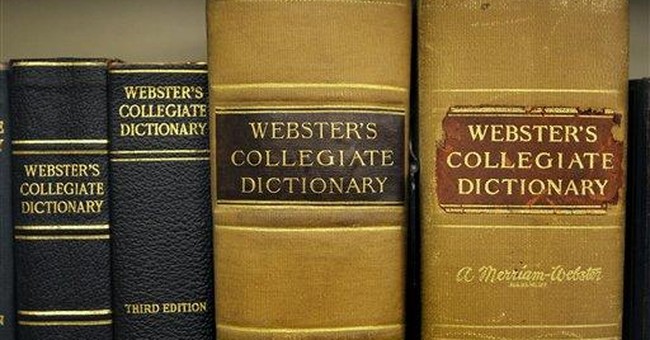 Oh, my do lovers of language love images! They should. Images -- word pictures -- enlighten, enliven, entertain. Tight as a tick; drunk as a lord; ugly as a mud fence. See what I mean? The reader doesn't merely read; he sees.

You probably think an attack on cliches -- images worn down like a mill stone -- is about to ensue. Not today. That's for later. I want instead to say a few words about words that don't exactly match each other when linked, theoretically, in image form.

"Mixed metaphor" is the generic form. Let's sample a few.

One of my favorites dates back to a Texas gubernatorial campaign in the late 1970s. Of one candidate the other said, with sustained depreciation: "If he thinks this is going to be a cakewalk, he's got hold of a hot enchilada."

Burp. Consider what goes on here -- sort of a verbal food fight; cake against enchiladas. It doesn't work for one minute or even less. An image requires, shall we say, internal compatibility. A cakewalk is in fact a kind of early 20th century dance. Think music; think movement. An enchilada is, well, an enchilada. I guess you could eat an enchilada while cakewalking, but what would the point be? Wouldn't you rather do it to mariachi strains?

Here's another example from recent politics: "The right hand's not talking to the left hand." Yes. Tell me another one. Hands don't talk at all, do they? There's a kind of precedent in the phrase, "The right hand knoweth not what the left doth." The pairing of two thinking, cogitating hands works mainly because we're accustomed to it. We don't need to liven up the experience at this late date with a pair of talking hands: sort of sock puppets with button eyes, I imagine.

A recent account of medical criticisms lodged against a popular prescription drug has "unleashed," it seems, "a wave of anxiety."

I'm using my imagination. I still can't visualize the wave -- made of water -- with some kind of leash around it, but that's what the writer invites us to picture. The metaphor is badly mixed. Let's see how we might fix this. What starts waves waving? Ignore the physics; no one cares for present purposes. You could say, simply "The news caused (or precipitated) a wave of anxiety" -- a little dull but at least proper. I am tempted to break my earlier promise and say a word about this watery cliche, but I won't succumb. Just bear in mind the need for internal compatibility.

Speaking of water, here's something from National Review Online: "The Republicans won in an easy trot against an ocean of money." Suddenly racehorses are gamboling in the tides. The metaphor, my friends, is all wet.

Do we talk so fast these days that we don't think through the things we compare to each other? Could be, could be. We should work to stop it, even so. When trying to persuade or inform, we shouldn't relish from readers the old horselaugh, directed our way when we get something conspicuously wrong.