A Bad Year for the Experts 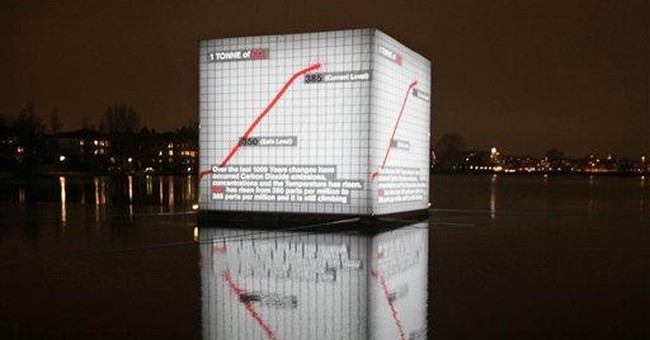 As if policy "experts" were not growing almost daily in disrepute, along came the Environmental Protection Agency Monday to fortify, in a backward way, the case for just plain old, you know, common sense in public policy. No 2,000-page congressional bills; no international conferences; just homely intuition, leading to the conclusion that, Pa, this whole thing don't sound right.

Until recently we hadn't had that sort of whoa, hold it, in the face of untested testimony by phalanxes of scientists and the like. Doubtless this is why the EPA hopes, if probably vainly, to get by with drawing up, under the Clean Air Act, grand measures for the suppression of greenhouse gases as pollutants.

EPA's announcement of its intention to get tough coincided with the start of the Copenhagen conference on global warming, concerning which we'll all get an earful in coming days. World leaders, including the man who is driving current EPA policy -- President Obama -- will commit themselves in a meaningless way to shrinking the world's "carbon footprint."

Meanwhile, Senate Democrats soldier on, projecting miracle cures for a not-really-sick health care system provided, basically, that Americans look the other way and do as they're told.

The "experts" are in fullest flower, issuing analyses and orders as if they were, collectively, the Great and Terrible Oz. They aren't. People are prudently looking with greater suspicion on the men behind the curtain who cook up schemes for general betterment.

A new Rasmussen poll shows just 43 percent of Americans in favor of the health care bills now before Congress, whereas 51 percent oppose the bills. Why so? Start with the fact that both bills are about 2,000 pages. That's enough pages to give anyone pause, except maybe an expert. Back during the financial collapse, which was brought on in part by a wide resort to shaky, complicated investments, we learned supposedly the lesson that you invest only in what you understand.

Here's Congress, even so, asserting the truth of things it can't possibly know, e.g., that bringing health care under total federal control would make us healthy, wealthy and wise. It sure enough don't sound right, Pa, as half the population seems to be saying. Not that the Democrats care, when expert legislative craftsmen -- can't we just take their word? -- have supposedly got everything fixed up.

The experts on climate change are equally confounded. Don't we understand that if the world doesn't act now on global warming and climate change, the polar caps will melt and drown New York City? Either various Americans fail to see drowning New York City as a bad idea, or they doubt the wisdom of trusting supposed scientific "consensus" when outside the consensus other scientists are telling us the dangers are greatly inflated.

Likewise, as common sense notes vividly, the case for sharply reducing carbon-based fuel use in favor of "clean" sources that aren't even ready yet is a case with many holes in it. For instance, how do we phase down oil and coal without dire effects on the economy? How do we know for that matter if we did so the strategy would save New York?

The scientists who pat us on the head, saying, there, there, trust us, have yet frankly to earn that trust. What about the "Climategate" flap in England: those blatant attempts (discovered in stolen e-mails) to quieten or ostracize contradictory evidence on climate change? What about the EPA and its decree that We Begin Now -- Now! -- to Regulate Green House Gases!? What about the accompanying admonition by the president of the U.S. Chamber of Commerce (a mere businessman) that the decree points us toward "a top-down command-and-control regime that will choke off growth"? Yes, and job creation. During a grave recession. While Congress works to cure the sick and lame by bringing health care under its thumb.

Pa, this stuff sure don't sound right: A good enough reason, many Americans would say, not to do it. Not without much, much, much more careful thought than the world army of experts seems prepared for.