How Not To Lower Those Pump Prices 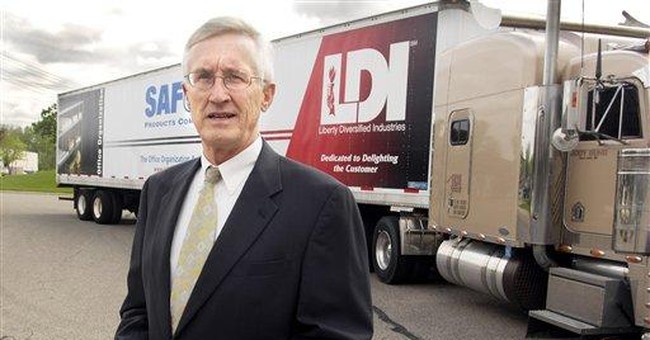 The Hillary Clinton-John McCain gambit on sky-high gasoline prices -- suspend federal gasoline taxes for the summer -- is a tactic sensible voters might constructively latch onto. Not because it would end the pain, rather, because the political class seems to have more violent things in mind. Maybe we could appease the great congressional beast by throwing it a little tax recess. I wouldn't bet much money on that prospect, but you never know.

Barack Obama is dismissing the Clinton-McCain proposal, partly because of the source, partly because he's right about the scheme's limited effects, and partly, no doubt, because he wants to get it on for real. He wants to tax the "windfall profits" of oil companies

That oil company profits have risen during the oil price surge is indisputable. That taxing those profits -- as last tried in the glory days of the Jimmy Carter presidency -- wouldn't help motorists is, likewise, indisputable.

The Democratic impulse, in times of economic stress, is ever to pummel business just for standing there while voters are having hard times. "Windfall profits tax" is more a phrase than anything else: a cluster of words intended to convey emotion. "Windfall" -- they didn't earn it; "profits" -- somebody's making out while I'm going broke; "tax" -- a civic measure, restoring fairness and steering the receipts to some public purpose. Such as ... ? Good, viable question. Such as what?

The conventional Democratic approach -- Democrats generally favor scowling at or socking business -- is to talk about investments in alternative energy. Would these investments drive down gasoline prices? Ah not right away, Maybe not for years. One problem with government "investments" is they tend to be driven more by what sounds good, politically speaking, than by what's likely to benefit buyers and sellers alike.

The last time around, in those golden Carter years of which I wrote, the windfall profits tax failed to do much more than bolster government profits, hence government spending, of various sorts. The evil companies, despite the inconvenience of being made public villains, did the heavy lifting in terms of energy policy. Increased profits meant increased investments in drilling and exploration, which in turn meant increased supplies, and, at last, lower prices.

Few believe that scenario will play out so successfully this time, not least because Congress has refused to open likely new domestic areas for exploration, including the Alaskan North Slope. The truth could be, prices never will make life on the highway as much fun as it used to be, supposedly. The New York Times reports that American car buyers are starting to shun full-size pickups and the like as they snap up smaller, more fuel-efficient models. It's just the sort of thing that happens when government leaves the marketplace more or less alone so that buyers and sellers alike might adjust to changed realities, such as scarcer supplies and higher prices.

A gasoline tax recess wouldn't change much -- as Obama correctly points out (for once assuming a position nearer that of the Wall Street Journal than of the Daily Kos!). How likely is it, even so, that genuinely decisive federal programs -- such as a windfall profits tax or a breathless chase after vaguely imagined "new" sources of energy -- would change opportunities and behaviors?

Perhaps we'll leave that part up to President Obama, if he makes it that far. It's a free country: He can pound the lectern all he wants on behalf of ritzy new programs overseen by government employees lacking any overriding interest in success.

The truth is, the marketplace is going to figure out this thing the way it always does, allocating ideas and resources to those places they can do the most good. We don't know what those places are, or what we'll feel up to, financially and spiritually, when we reach them. That's the source of the present problem -- that and the pain of $80 fill-ups. The presidential candidates feel that pain exquisitely. They need tinier doctor's bags, that's all.