Don't Hand Out Vaccines Based on Race

Betsy McCaughey
|
Posted: Jul 15, 2020 12:01 AM
Share   Tweet
The opinions expressed by columnists are their own and do not necessarily represent the views of Townhall.com. 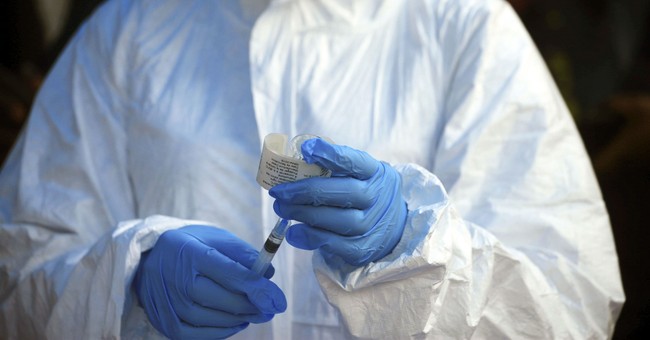 A federal committee is considering pushing Blacks, Hispanics and Native Americans to the front of the line for COVID-19 vaccines, ahead of whites. A COVID-19 vaccine could be ready by year's end but not in sufficient quantity to vaccinate over 300 million Americans. Frontline health care workers and national security personnel will be top priority, but after that, who comes next?

Dr. Jose Romero, who chairs the Advisory Committee on Immunization Practices, wants minority groups to get favored treatment. Gates Foundation co-founder Melinda Gates likewise is pushing for Blacks to get vaccinated right behind health care workers, and "from there, people with underlying health conditions, and then people who are older."

If Black Americans were more vulnerable because of race, as they are with sickle cell anemia, there would be a medical argument for racial preferences. But scientific data show no direct causal connection between race and COVID-19 deaths. In fact, COVID-19 death rates are lower in Africa, though that may reflect sparse data.

Scientists in the U.S. and Europe have plentiful data on who gets infected and who's least likely to survive COVID-19, and their findings can help prioritize who should get vaccinated. Forget using crude racial proxies.

Who's at risk of dying? The elderly and anyone with medical conditions such as heart disease, morbid obesity, hypertension, and diabetes.

People of all ethnicities can suffer from these conditions, but Blacks suffer disproportionately. That's why, if they contract COVID-19, they're more apt to need hospitalization and ICU care than infected whites, according to new research in the New England Journal of Medicine. Blacks made up 31% of the Louisiana population studied, but 70% of the infected, 77% of hospitalized cases, and 80% of patients in the ICU.

Data from New York City show that Blacks with COVID-19 are more likely to be hospitalized than whites, largely because obesity, hypertension, cardiovascular disease, diabetes and other complications make the virus more life-threatening.

ACIP should prioritize vaccinating people with these complications. Many will be Black, but they'll be getting priority treatment for the right reasons, not because of their skin color.

People who live in crowded urban areas and in multigenerational households are at higher risk of COVID-19, according to smartphone data from the U.S. and the U.K. So are mass transit riders and people who work in close contact with the public, such as fast-food attendants and bus drivers.

In the U.K., that's Middle Easterners and East Asians. In the U.S., it's generally Blacks and Hispanics. But not always. Using race to prioritize vaccinations would result in unfair situations, like putting the Black college professor who works from home ahead of the white transit worker.

Instead, the ACIP committee should prioritize population-dense neighborhoods and multigenerational households, as well as highly exposed workers like supermarket cashiers and bus drivers.

What about claims that Blacks with COVID-19 are getting inferior medical care? The evidence suggests that's untrue. In the New England Journal of Medicine study, 80% of COVID-19 patients sick enough to be in the ICU were Black but made up only 71% of those who died. Blacks in the ICU had a better chance of surviving than whites in the ICU. If anything, these Blacks may have received better care.

In New York City, there is no evidence Black hospital patients with COVID-19 fare worse. In fact, though the data are incomplete, it appears they survive at slightly higher rates than hospitalized COVID-19 patients of other races.

To get Americans vaccinated -- a huge challenge -- we need to put aside racial politics and be guided by science. Many Black Americans will go to the front of the line but for sound medical reasons.