Time to Reopen the Economy

Betsy McCaughey
|
Posted: May 13, 2020 12:01 AM
Share   Tweet
The opinions expressed by columnists are their own and do not necessarily represent the views of Townhall.com. 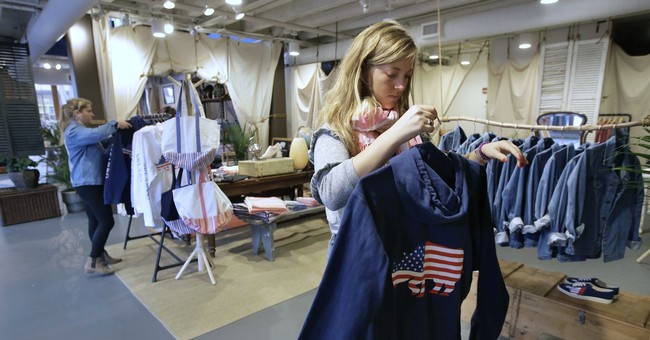 All across the nation, business owners are waiting for the signal to reopen. In some places, it's happening now, but in too many parts of the U.S., towns and cities are being held to the same footdragging schedule that is killing commerce in the epicenter of the pandemic, New York City.

New York officials fear half the city's smallest businesses are going to fail. Restaurants, bars, shops and salons will become boarded-up storefronts. Neighborhoods will feel like ghost towns. It's a grim prospect, yet officials seem ready to let it happen. Gem Spa in the East Village, known since the 1920s for its egg creams, is shutting for good, and the Strand, an iconic bookstore, says it may also.

New York Governor Andrew Cuomo hasn't indicated when the city will reopen. Mayor Bill de Blasio hinted on Monday that the process might start sometime in June; however, in recent days, he's also said reopening is "a few months away at minimum." De Blasio's commissioner of small businesses said, "I don't think the New York that we left will be back for some years." Adding, "I don't know if we'll ever get it back."

New Yorkers don't deserve such defeatism. Neither do Americans everywhere else. Owners have invested their savings and decades of their lives to build these businesses. People with secure government jobs and paychecks don't get that.

Small businesses are generally cash-strapped. On average, they can ride out two months of expenses, according to Harvard Business Review. The shutdown in New York began March 22. When Cuomo and De Blasio moved the goal posts to sometime in June, they doomed many businesses to die.

The new federal Paycheck Protection Program provides eight weeks of funding for small businesses to pay employees and meet other overhead expenses. Again, not indefinite help. And only 20% of New York's small businesses qualified for the PPP loans to begin with, according to the New York Federal Reserve.

Long Island politician Laura Curran looks at the benchmarks Cuomo says a region must meet before reopening, and estimates that Long Island will meet them at the end of June, too late for many businesses. "My concern," she admits, "is our economy is not going to be able to hang on."

Across the nation, small businesses are hanging on by a thread. Some are fighting back. In Castle Rock, Colorado, a breakfast restaurant opened up for Mother's Day brunch, and 500 people showed up. The owners said they did it to bring in cash, but also to make a statement about freedom. The state shut them down again.

On New York's Madison Avenue, Eliot Rabin defiantly opened his tiny clothing shop, with masks and hand sanitizer on hand for customers. People are smart enough to decide for themselves whether or not to go shopping.

In Pennsylvania, Michigan, Wisconsin and Louisiana, Republican state lawmakers are challenging lockdowns, warning that businesses and neighborhoods are on the brink of destruction. But in New York, a one-party state, there is no political voice challenging Cuomo's shutdown.

As for New York City, some 830,000 people have filed for unemployment since businesses were forced to close.

Cuomo claims "nobody wants to get the economy going more than me." But he adds, "when you start to open business ... you're going to see more infections. You see that infection rate rise, and then you're going to be back to where we were."

Wrong, Governor. The shutdown was never intended to make the virus disappear. It bought us time to prepare hospitals with beds, ventilators and supplies. Some experts warn more capacity may be needed if the virus resurges. If so, let's build that capacity now and keep our field hospitals ready.

Our businesses and neighborhoods are on the brink of disappearing. Officials in New York, Michigan, Louisiana, Pennsylvania, Colorado and other states that are holding back in fear need to the economy, with abundant safety precautions. It's time to get back to business.