From the Pulpit to the Polls: Political Pastors Return to America's Roots 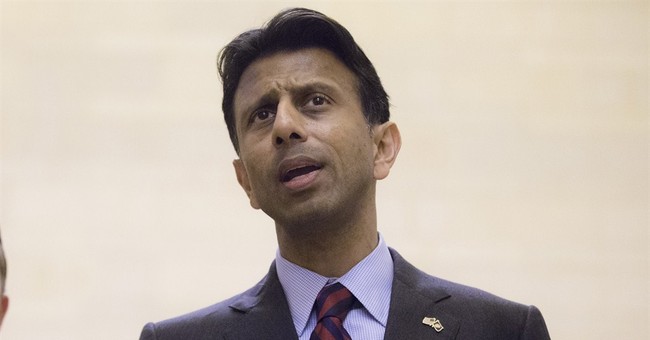 Several weeks ago, Louisiana Governor Bobby Jindal and American Renewal Project's founder David Lane invited 100,000 ministers to consider running for elected office in 2016. From becoming a city council or school board member, to becoming a county commissioner, mayor, or state legislator, pastors, Lane argues can contribute positively to their communities-- both in and out of the pulpit.

Lane hopes ministers will consider how they can influence and raise up the next generation of America's leaders. "There is great need today for wise leaders like the men of Issachar from the Old Testament," Lane says, references 1 Chron. 12:32 in the Bible.

In response to their invitation, several hundred ministers will attend American Renewal's first Public Policy event for ministers in Baton Rouge on January 23rd. The goal is to encourage and equip pastors by hearing from politicians and political operatives as well as other ministers who have run for political office. Lane hopes to prepare 1,000 ministers this year to run for office in 2016.

The following day, on January 24th Gov. Jindal has invited Americans to join him at The Response, Louisiana: A Call to Prayer for a Nation in Crisis, at LSU’s Pete Maravich Assembly Center in Baton Rouge. If people cannot attend in person, they can watch online at http://theresponsela.com.

It's important to understand that Lane is not trying to "Christianize America." And that ministers were heavily involved in America's founding, governance, legal system, and held public office. Secularism, Lane argues, has expunged theology from the public square, forcing everyone to falsely believe that Christians can only express their views within the confines of church walls.

Pointing to verse after verse from his favorite book in the Bible, Lane quotes Proverbs 14:34, "righteousness exalts a nation" as a rallying cry for Christians to recognize their responsibility is "to engage in the public square."

"No one I know is under the illusion that politicians are going to save America," he repeatedly says. "Spiritual men and women are transmission agents called to bring wisdom and righteousness to every area of society. Virtue is a key component of freedom."

To be clear, "pastors becoming politicians to influence a nation's direction," to "create a theocracy" is not Lane's objective. He recognizes that government is not the sole solution to societal problems. And Lane, among many others, knows ministers-- more than anyone else-- are best equipped to meet and suggest solutions for societal problems.

Why? Because ministers are already on the front lines; already counseling grieving, hurt and broken people, teaching about healthy marriages, relationships, and family development, praying with and encouraging children in various community activities, performing marriages and funerals, and know firsthand the needs, struggles, and dreams of their congregants and neighbors.

This is why Lane started what Newt Gingrich labels the "pastors and pews" events to ignite evangelicals to engage their culture through voter education and registration, with the church at the center. "With the retreat of evangelical pastors from the public square," he says, "it's no accident that America's city halls and statehouses are spiritually empty. The only currency to rebuild America is God's economy rooted in righteousness-- beginning with a contrite spirit for what we believers have allowed to happen to America."

The American Renewal Project was born out of a recognition that pastors across America need encouragement, connection to each other and organization to build solidarity. Over the last ten years, he, and his wife Cindy, "the crown who adorns his head" and his "most valuable asset," have reached more than 15,000 pastors and their spouses in at least 18 states. Several events are planned this year in at least ten states in addition to several international trips to reach even more pastors.

It's important to note that the Lanes have not spent nearly two thirds of their 32 years of marriage devoted to encouraging ministers and their wives for fame or money. Only recently has attention been drawn to Lane by a few news publications. He's rarely, if at all, ever spoken at any of the pastor's events, seeking to play a more behind-the-scenes role. In fact, their genuineness becomes quite inescapable after spending any time with them. Cindy has a heart of gold, a bubbly personality, and a humble spirit; remarking to me that their involvement with pastors "has been an incredible privilege, to serve people who sacrifice so much."

She adds, "most are completely unaware of the burdens pastors carry. To be able to see the smiles on their faces at these events; for them to have a short respite, it brings me to tears that God has enabled us to be a part of this."

Cindy points out a critical fact: ministers and their wives are involved in perhaps the most stressful and discouraging profession. The majority of whom lead small churches, struggle financially, receive death threats, and in no way compare to the mega churches advertized on television. According to nearly 20 years of research compiled by several ministry research organizations, more than 70 percent of pastors-- more than doctors, lawyers, or politicians-- regularly consider leaving their profession because of stress and burn out. And 35-40 percent of pastors do give up within five years.

Friday's event will remind pastors of their rich heritage, both biblically and as Americans. And to support, encourage, motivate, and assist ministers and their congregants to reach the approximate 65-80 million self-identifying evangelical Protestants and Catholics in America who are completely politically disengaged. The goal is not to "reshape the face of America into a Christian evangelical one," or create "Christian nationalism" but to preserve America's Judeo-Christian heritage, which first identified and safeguarded everyone's freedoms, which never previously existed in any government in history.

In fact, Lane is asking ministers to return to their roots to provide an alternative to the results of secularism. He argues Christians can offer a better way of life than fatherless homes, teen pregnancy, poverty, violence, racism, drugs, crime, materialism, and greed. If a better alternative exists for individuals, families, and societies, why not be open to it? "Only a merciful God can cause America to change, [for the better]" Lane remarks, "and, God works through his people."

"Why not have spiritual revival in this country?" Gov. Jindal asks. Why not indeed.

WATCH: Former President Trump Addresses CPAC
Townhall
My Pillow CEO supposedly 'Censored' over controversial vaccine conspiracy comments but the truth as to why is more troubling
Twitchy
Joe Biden Speaks in Houston, What Follows Should Make You Question Everything
Redstate
Biden's Latest Verbal Slip Might Be His Most Disturbing Yet
PJ Media