When Is 'Torture' Justified?

Bernard Goldberg  |  Mar 20, 2018
The opinions expressed by columnists are their own and do not necessarily represent the views of Townhall.com.
Top Columns
Trending on Townhall Media

"Will a Torturer Be Allowed to Lead the C.I.A.?"

That's the question posed in a headline atop an editorial in The New York Times, the "torturer" being the current deputy director of the CIA, Gina Haspel. President Trump wants her to lead the agency when its current director, Mike Pompeo, takes on a new role as secretary of state.

Here's how the editorial explains it: "As an undercover C.I.A. officer, Ms. Haspel played a direct role in the agency's 'extraordinary rendition program,' under which suspected militants were remanded to foreign governments and held at secret facilities, where they were tortured by agency personnel."

To be clear, nothing you read here is a blanket defense of waterboarding. It is, however, an attempt to raise a few questions about the total and complete opposition -- mainly but not entirely of progressives -- to what are sometimes called "enhanced interrogation techniques."

What if enhanced interrogation were to encourage a terrorist to talk about imminent plans to unleash a dirty (nuclear) bomb in the heart of a major American city? Should good decent people still oppose the practice?

Haspel will become a pinata during her confirmation hearings. And it's not only a majority of Democrats who will take shots at her.

Sen. Rand Paul, the Kentucky Republican, says, "I find it just amazing that anyone would consider having this woman at the head of the CIA."

Sen. John McCain, who was a prisoner of war in Vietnam, said: "The torture of detainees in U.S. custody during the last decade was one of the darkest chapters in American history. Ms. Haspel needs to explain the nature and extent of her involvement in the CIA's interrogation program during the confirmation process."

Here's what I hope Haspel will tell her critics: "I oppose waterboarding and other enhanced interrogation techniques 99 percent of the time. But if, in rare cases, waterboarding would save innocent American lives -- if it would prevent a terrorist from setting off a dirty bomb in Times Square or downtown Chicago or anyplace else in our country -- then, yes, I would consider using those enhanced techniques."

And to make sure enhanced interrogation techniques aren't abused, Congress could establish a blue-ribbon panel that would have to greenlight such methods -- only when there is a strong, credible belief that abstaining from drastic interrogation measures would result in the potential loss of innocent American lives.

But what American values would we be upholding if, on grounds of morality, we don't employ some nasty interrogation techniques on terrorists and the result is a dirty bomb going off in the United States, resulting in numerous deaths?

While Gina Haspel -- if she wants to head the CIA -- will have to answer some tough questions, so should her opponents. 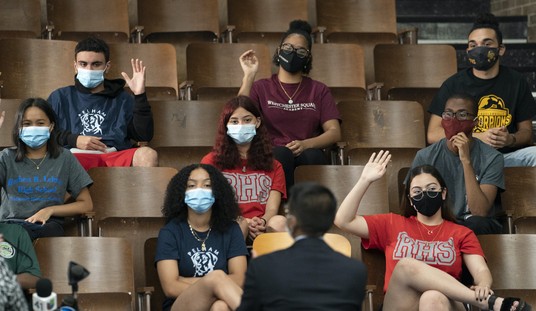