Bernard Goldberg
|
Posted: Aug 01, 2017 12:01 AM
Share   Tweet
The opinions expressed by columnists are their own and do not necessarily represent the views of Townhall.com. 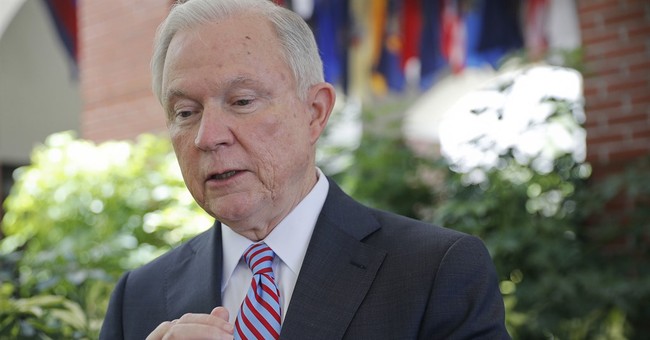 Turns out there's one more thing we can count on beside death and taxes -- and it's that whenever Donald Trump opens his mouth, it won't be long before he puts his foot in it.

As I write this, his target is Jeff Sessions, the attorney general, (though Reince Priebus, as we now know, was also in the crosshairs) -- and there may very well be a brand-new target 10 minutes from now.

Jeff Sessions, as everybody knows, was an early supporter of Trump when no one thought he had a chance of winning the nomination; when every other GOP senator wouldn't touch the guy with a 10-foot pole. Memo to POTUS: You're not humiliating Jeff Sessions with your nonstop cheap shots. You're humiliating yourself.

And there's something else about this president: He's not nearly as smart as he thinks he is.

Despite his Ivy League education, he still hasn't figured out that he's no longer running a relatively small company out of Trump Tower on Fifth Avenue in Manhattan.

When he was Businessman Trump his word was the law. He had no board of directors to answer to and no stockholders to please. He could be the king of his domain and get away with it.

But he's not the king anymore. Being president requires a Reagan-like optimism and collegiality and an understanding of how to get things done when you can't simply issue a decree -- qualities in short supply with this president.

It's not exactly a bulletin that Donald Trump has plenty of enemies. But another thing he doesn't quite seem to grasp is that he doesn't have the kinds of friends he really needs.

He needs to pretend that his most loyal followers -- the ones who love anything and everything he does -- don't exist. Instead of throwing them red meat -- whether it's about "fake news" or "Crooked Hillary" (he can't let that one go either) -- he needs to ignore them. They give him a false sense of security.

But we understand why he continues to toss them the red meat that they love. It's because he needs their adoration, their adulation; he needs their applause the way most of us need oxygen. Without it he can't survive.

But they're not his friends. Friends hold friends accountable when they do stupid things. Friends don't let friends blow up their presidency.

President Trump's approval ratings stink, to use a technical term. And they're not going to get better by simply appealing to his base. What the base loves about him, most Americans don't.

That's because the Donald Trump's most loyal supporters are not like most Americans. They're angrier and more alienated. They believe they're losing the America they grew up in and they don't like it. And they sense that Donald Trump, the tough guy who pretends he doesn't care what anybody thinks, understands them in a way that most politicians don't -- and never really have.

And he'll remain their kind of guy even if he fires Sessions ... and then dumps the deputy attorney general ... and after that the special counsel who seems to make the president nervous. But if he does any of that, his days will be numbered.

Yes, he'll still have his base. But that's all he'll have. And that won't be nearly enough to make America great again. It might not even be enough to stay in office for a full term.