Elon Musk's Twitter Takeover Reveals the Left For What It Is

Ben Shapiro
|
Posted: Apr 27, 2022 12:01 AM
Share   Tweet
The opinions expressed by columnists are their own and do not necessarily represent the views of Townhall.com. 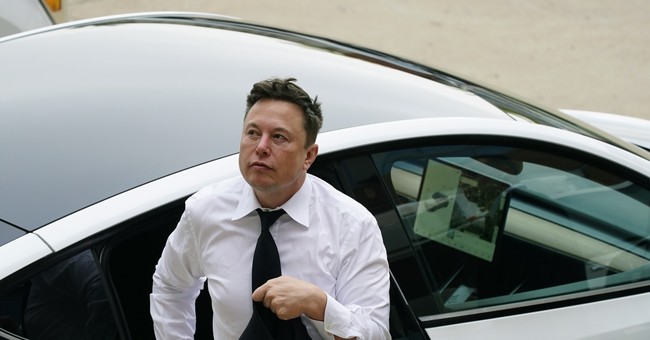 This week, in one of the most shocking business moves in recent memory, Twitter reversed itself and decided to sell itself after all to Elon Musk, who paid some $44 billion for the privilege. The move was made, at least in part, for ideological reasons; Musk has been vocally critical of Twitter's management of information flow. Immediately upon the news of the buyout breaking, Musk tweeted, "Free speech is the bedrock of a functional democracy, and Twitter is the digital town square where matters vital to the future of humanity are debated. I also want to make Twitter better than ever by enhancing the product with new features, making the algorithms open source to increase trust, defeating the spambots, and authenticating all humans.

All of these seem like worthwhile and anodyne goals. More speech, not less. More transparency, not less.

And yet the political Left went utterly insane. Charles Blow of The New York Times vowed to leave the service; in fact, #LeavingTwitter trended on the service. The American Civil Liberties Union, while noting that Musk is a card-carrying member, fretted, "there's a lot of danger having so much power in the hands of anyone individual." Meanwhile, a powerful individual with consolidated power Jeff Bezos worried over the possibility of Chinese influence on Twitter: "Interesting question. Did the Chinese government just gain a bit of leverage over the town square?" Sen. Elizabeth Warren called the deal "dangerous for our democracy." MSNBC's Ari Melber hilariously agonized, "You could secretly ban one party's candidate, or all of its candidates, all of its nominees, or you could just secretly turn down the reach of their stuff and turn up the reach of something else and the rest of us might not even find out about it until after the elections.

Yes, Ari, we know. That was the concern for tens of millions of us when social media decided to silence the Hunter Biden story, lock accounts of prominent Trump-associated officials who shared the story, and then finally throw former President Donald Trump off of all services simultaneously following Jan. 6. That was one of Musk's concerns, presumably, in purchasing the service.

The Left's outsized panic over Musk's takeover is revealing for two reasons. First, it shows that the Left always understood Twitter to be a key part of its ecosystem, a Left-biased platform designed to obscure its own leanings while propagandistically pushing a particular political agenda. For years, the Left claimed that conservative concerns about Twitter bias were simple paranoia. Now, upon Musk's takeover, the Left has broken into spasms of apoplexy. That wouldn't happen if they thought Twitter wasn't their sole property.

Then there's the bigger problem: the Left despises both transparency and free speech in the political realm. The Left would prefer secret algorithms that conceal "shadow-banning" and bottlenecking; the Left prefers "equity" in a speech to freedom of speech. To the Left, the potential "harm" of allowing free speech outweighs the value of open debate. Better to ban The Babylon Bee for stating that Lia Thomas is a man than to allow such content to be passed around Twitter -- and better never to let anyone know the algorithms behind such bans. After all, with transparency comes accountability. And the power is the point.

This is why Musk's first moves at Twitter must be to release information about the prior practices of Twitter -- a sort of truth and reconciliation commission; to make any new algorithms far more transparent; and to fire employees who object to such practices, of whom there are many. Musk may be just the man to help restore institutional trust to social media. But that will require him to bulldoze those who helped undermine that trust in the first place.