It's Time to Uncancel Americans

Ben Shapiro
|
Posted: Feb 17, 2021 12:01 AM
Share   Tweet
The opinions expressed by columnists are their own and do not necessarily represent the views of Townhall.com. 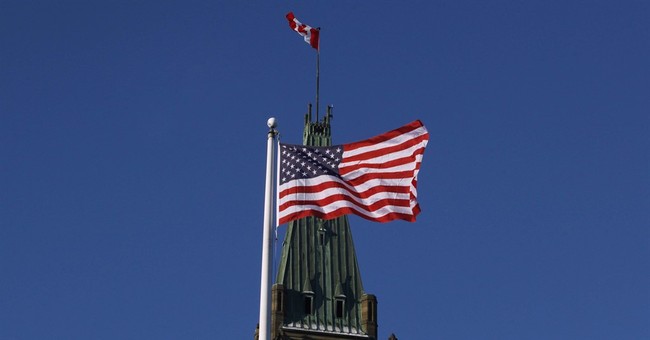 This week, actress Gina Carano made headlines when Disney+ and Lucasfilm decided to cancel her from their hit series "The Mandalorian" over controversial social media posts. It is perfectly obvious that the corporations had been looking for an excuse to get rid of Carano thanks to her conservative politics -- The Hollywood Reporter uncovered a source who snarked, "They have been looking for a reason to fire her for two months, and today was the final straw."

What, precisely, was Carano's sin? After the 2020 election, she put up a social media post decrying voter fraud and then put up a post referring disparagingly to elite-driven mask culture. This week, she put up a post pointing out that the Holocaust did not begin with mass murder but with neighbors turning on one another thanks to politics. The Holocaust comparison may have been overwrought, but it was certainly not anti-Semitic. "Nonetheless," Lucasfilm stated, "her social media posts denigrating people based on their cultural and religious identities are abhorrent and unacceptable."

Carano's cancellation came the same week as the cancellation of "The Bachelor" host Chris Harrison. Harrison's sin: He said that one of the contestants on this season of "The Bachelor" ought to be given "a little grace" over having attended a sorority party with an antebellum theme several years ago. Harrison said, "I have seen some stuff online -- this judge, jury, executioner thing -- where people are just tearing this girl's life apart and diving into, like, her parents, her parents' voting record. It's unbelievably alarming to watch this." And the woke authoritarians emerged to deem him racist.

Carano's and Harrison's responses, however, were polar opposites.

Harrison immediately kowtowed to the mob. He issued a mewling statement, no doubt at the behest of his corporate overlords, in which he suggested that he is now following a "path to anti-racism" and explaining, "My words were harmful. I am listening, and I truly apologize for my ignorance and any pain it caused you." Not a single person could have explained how asking for "a little grace" for a young woman who had sinned by wearing a Scarlett O'Hara-style dress had harmed anybody. But that didn't matter. The only one harmed was Harrison, whose apology was deemed insufficient. He has self-banished to the cornfield for at least this season, and maybe forever.

Carano, by contrast, took down the Holocaust post because she realized it was overwrought. But she didn't apologize. And, more importantly, she made a ballsy move: She signed a deal with my company, The Daily Wire, to produce and star in a new film. She explained: "I am sending out a direct message of hope to everyone living in fear of cancellation by the totalitarian mob. I have only just begun using my voice which is now freer than ever before, and I hope it inspires others to do the same. They can't cancel us if we don't let them."

We at The Daily Wire are dedicated to that simple proposition. It's time for the American people to stop allowing themselves to be canceled. The institutions of American culture are arrayed against individuals who think differently, from Hollywood to corporate America to the establishment media. But dissenters can band together, too, and support one another. Those who believe in open dialogue -- people across the political aisle -- need to come together. Otherwise, the authoritarians will continue their march toward woke dystopia.