The Perversion of Science

Ben Shapiro
|
Posted: Dec 23, 2020 12:01 AM
Share   Tweet
The opinions expressed by columnists are their own and do not necessarily represent the views of Townhall.com. 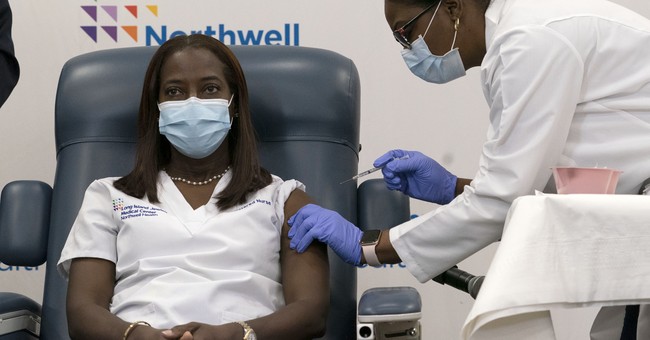 America's scientists are essentially miracle workers. Within mere months, they have developed highly effective vaccines for COVID-19. By year's end, millions of Americans will have received their first doses. We should begin to see death rates from COVID drop precipitously in the coming weeks as more and more Americans gain immunity from the virus.

Now we learn that public health officials pushed for vaccine distribution not based on health risk but on racial factors. As the U.K.'s Daily Mail reported this week: "Every US state has been advised to consider ethnic minorities as a critical and vulnerable group in their vaccine distribution plans, according to Centers for Disease Control guidance. As a result, half of the nation's states have outlined plans that now prioritize black, Hispanic and indigenous residents over white people in some way."

This insanity is rooted in eugenic concerns. "Older populations are whiter," public health "expert" Dr. Harald Schmidt of the University of Pennsylvania told The New York Times in early December. "Society is structured in a way that enables them to live longer. Instead of giving additional health benefits to those who already had more of them, we can start to level the playing field a bit." In other words, a disproportionate number of white people survive to old age; we should, therefore, give vaccines to younger, less vulnerable nonwhite citizens in "essential industries" and let Grandma die.

Not only is this obviously racist; it happens to engender policy that kills more black people in absolute terms. Age is a far better predictor of COVID vulnerability than race: As Dr. Gbenga Ogedegbe of the New York University Grossman School of Medicine found, infected patients die at the same rate regardless of race. This means that if you give tranches of the vaccine to patients based on racial concerns rather than age concerns, the most vulnerable black and Latino populations -- elderly blacks and Latinos -- are more likely to die so that younger black and Latinos can receive a vaccine for a disease to which they are probably 10 times less vulnerable.

This is the price of social justice thinking. By treating people as members of racial groups rather than as individuals, and by prioritizing race above age, more black and brown people die in absolute terms, even if the overall proportionality of black and brown deaths drops versus white deaths. "Equitable" statistical outcome has become a higher goal than actually saving lives.

That's absurd and tragic. And it should undermine our trust in our public health officials. So, trust the scientists when they root their decisions in science. But doubt them at the top of your lungs when they start proclaiming that they are experts on morality.

Townhall.com Staff
Democrats' Blame Game with Buffalo Shooting Shamelssly Comes for Steve Scalise, Who Himself Has Been Shot
Rebecca Downs
Bill Maher's Take on the Supreme Court and Abortion Will Probably Shock You
Matt Vespa
Former Fed Chairman Rips Biden's Plan to Redistribute Student Loans
Katie Pavlich
What's Interesting About the Rolling Stone Reporter Who Says Buffalo Shooter Is a 'Mainstream Republican'
Matt Vespa
What's With All These Democrats Stroking Out All of a Sudden?
Matt Vespa