The Remaking of the Middle East

Ben Shapiro
|
Posted: Aug 19, 2020 12:01 AM
Share   Tweet
The opinions expressed by columnists are their own and do not necessarily represent the views of Townhall.com. 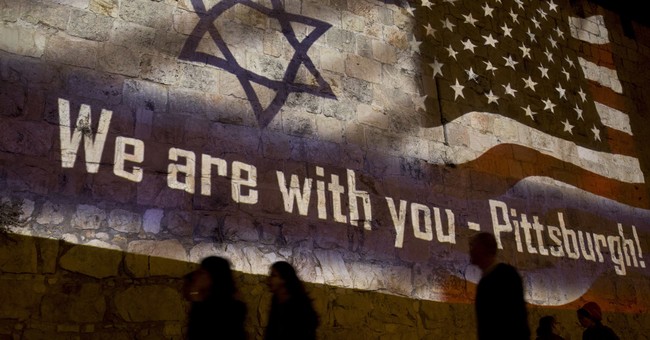 This week, while all eyes have been on the Democratic National Convention taking place via Zoom, truly historic events have occurred in the Middle East: a long-awaited peace deal between Israel and the United Arab Emirates, including full normalization of relations; presumed peace deals to follow between Israel and Sudan, Oman and Bahrain; the possibility on the horizon of a similar deal with Saudi Arabia. These are not only historic events; they are unmitigated goods: the recognition of a Jewish state in the Middle East is the precondition to any peace in the Middle East. And the formation of a durable coalition to stave off the aggressive Islamism of Iran provides more stability and greater deterrence in the region.

It's easy to tell whether these are historic events by identifying those who oppose them. Iran is particularly angry; so is Iranian publicity agent Ben Rhodes, who served as former President Obama's deputy national security adviser. The tyrannical government of Turkey is deeply miffed; so is the terrorist government of the Palestinian Authority.

All are angry for the same reason: The central myth of American Middle Eastern policy, formulated over the course of decades, has been thoroughly exposed. That myth suggested that in order for any peace to bloom in the Middle East, the West would have to apply pressure on the Israeli government to make concessions to the Palestinians -- that Israel would have to abandon claims to East Jerusalem, to the Golan Heights, to areas of Judea and Samaria.

That myth had been repeatedly tarnished by events of the last several years. When America moved her embassy to Jerusalem, foreign policy "experts" assured the public that the so-called Arab street would be set aflame. Instead, nothing happened. When America recognized Israel's formal annexation of the Golan Heights, foreign policy "experts" said that the Middle East would become a tinderbox. Nothing happened.

Hilariously, former Vice President Joe Biden tried to take credit for the Israel-UAE deal, suggesting that his own communications with the UAE had paved the way for the agreement. That's laughable on its face: In 2014, Biden had to issue a formal apology to the UAE government after suggesting that the UAE supported militants in Syria. Biden's chief contribution to the diplomatic breakthrough was actually the Obama administration's sycophantic embrace of the Iranian regime: By making clear that the United States could not be relied upon to protect Sunni nations from Iranian predations, the Obama administration convinced Arab nations that their interests lie in security alliance with Israel.

And so, the region has changed for the better. In more honest times, Trump administration officials who brokered this breakthrough would be up for the Nobel Peace Prize; instead, the news has been largely downplayed in favor of the scandal du jour from Trump's Twitter account. But we should be clear: The first important breakthrough in the Middle East in three decades just took place. And it took place because reality finally set in for Israel's heretofore enemies: Israel isn't going anywhere. Perhaps Palestinians will eventually learn the same lesson and peace will truly be possible.