Why the Left Is Reconsidering Al Franken

Ben Shapiro
|
Posted: Jul 24, 2019 12:01 AM
Share   Tweet
The opinions expressed by columnists are their own and do not necessarily represent the views of Townhall.com. 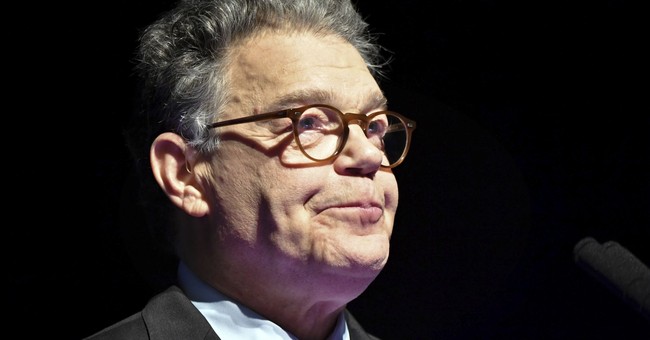 On Monday, The New Yorker printed a lengthy piece by reporter Jane Mayer about the sad fate of former Sen. Al Franken, D-Minn. Franken resigned from the Senate in 2017 after a bevy of women accused him of sexual harassment; their accounts ranged from unwanted kisses to unsolicited a-- grabbing. In the midst of the #MeToo movement, Franken stepped down, all the while decrying President Trump's own record of allegations concerning mistreatment of women.

At the time, there were two possible interpretations of events. The first was more inspiring: After decades of defending sexual misconduct by powerful Democratic figures, Democrats and their media allies were finally willing to reset a social standard. In the wake of #MeToo, they had reconsidered their worship of Teddy Kennedy, their pathetic willingness to cover for Bill Clinton. A new day had dawned.

Then there was the second, more cynical theory: Democrats and their media allies were looking to set a new standard out of pure partisanship. They weren't really concerned about Franken's victims any more than they had been about Clinton's victims. Instead, they were looking to establish a level of morally superior ground upon which to attack Trump and demand that Republicans disown him.

This week, we found out which theory was true.

Mayer, the New Yorker reporter, rose to public acclaim just last year when she reported on then-Supreme Court nominee Brett Kavanaugh's supposed sexual evils. With no supporting facts other than the hazy accounts of decades-old events, she attacked Kavanaugh with alacrity. Now, however, she has flipped: She's concerned with Franken's lack of due process; she questions the political motivations of one of his accusers; she points out that the evidence is supposedly scanty. Democrats, too, have risen to Franken's defense. Many now claim that Sen. Kirsten Gillibrand, D-N.Y., was the real villain in this scenario, having rushed for Franken's scalp precipitously.

In other words, Franken was kicked out of the party when Democrats were trying to build a case against Trump. Now that they've concluded that case won't work, they want Franken back again. Presumably, they'll soon be back to praising Clinton, too.

This sort of behavior is deeply destructive to American public discourse. That's because a standard upheld  only as a weapon to target political opposition is no standard at all. What's more, the partisan interpretation of the standard creates an incentive for opponents to violate their own commitment to the standard. It's a classic prisoner's dilemma: The person who actually abides by a common moral standard and speaks out against bad behavior on all sides ends up the sucker. Only a fool would call out his own side to the cheers of opponents while his opponents defend their own degenerates.

The problem of politically motivated standards isn't restricted to sexual abuse. It extends to race: Why should Republicans condemn President Trump's tweets about the so-called Squad while Democrats maintain support for Rep. Ilhan Omar's anti-Semitism and Rep. Ayanna Pressley's racism? Why should Republicans provide ammunition to their ill-motivated opponents?

The only way to restore a common standard in politics is for both sides to rebuild trust, step by step. And that can only happen when both sides share common goals and values. Otherwise, everyone will decide that losing by abiding by the rules must take a back seat to victory by any means. And that means the destruction of our standards, one by one, until there are no standards left.

Ben Shapiro, 35, is a graduate of UCLA and Harvard Law School, host of "The Ben Shapiro Show" and editor-in-chief of DailyWire.com. He is the author of the No. 1 New York Times bestseller "The Right Side Of History." He lives with his wife and two children in Los Angeles.