Ben Shapiro
|
Posted: Jan 17, 2018 12:01 AM
Share   Tweet
The opinions expressed by columnists are their own and do not necessarily represent the views of Townhall.com. 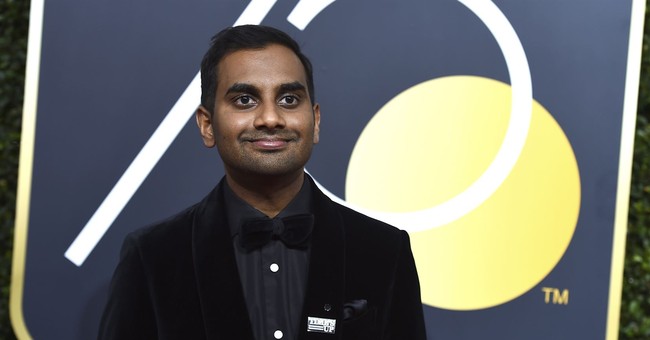 There's a word that has become popular in feminist circles these days: "mansplaining." The word is a mashup of "man" and "explaining" and refers to men who condescendingly explain the facts of life to women. So, for example, if a man believes a woman doesn't understand directions and slowly repeats those directions to a woman, he's mansplaining and, therefore, guilty of cruelty and stupidity.

Well, feminists, it's time to stop "feministsplaining" sex to men.

The #MeToo movement has been good for America. It's good that women who have been sexually assaulted and abused are coming forward; it's good that we're finally having conversations about the nature of consent and the problems with a casual hookup culture that obfuscates sexual responsibility. But the #MeToo movement hasn't stopped there. Men are now being pilloried for the sin of taking women too literally -- of not reading women's minds.

Take, for example, "Grace," an anonymous woman who went on a rotten date with comedian Aziz Ansari. According to Grace, Ansari treated her abominably: He took her to dinner, gave her white wine instead of red, pushed her to come to his apartment and then engaged in a vigorous round of sexual activities to which she apparently consented. She eventually said no -- and when she did, he stopped. Later, she suggested that Ansari hadn't obeyed her "non-verbal cues" -- nonverbal cues that reportedly included undressing and then voluntarily servicing Ansari.

In the aftermath, Grace felt used. So she texted Ansari, explaining to him that she felt terrible about the date. "I want to make sure you're aware so maybe the next girl doesn't have to cry on the ride home," she said.

This is feministsplaining sex. Here's the problem: The condescension isn't earned. From Grace's story, it seems she was less than clear in her nonverbal communications but she wanted Ansari to read her mind -- and that when he didn't, she therefore had leeway to lecture him about his sins and, more broadly, those of all men.

It's not just Grace. Rachel Thompson of Mashable explained: "The responses to the woman's story are peppered with the word 'should.' She should have said no ... For many women, uttering an explicit 'no' is not as easy or straightforward as you might think." Well, as it turns out, reading minds is not quite as easy or straightforward as feminists might think. It was feminists who boiled down sexual relations to the issue of consent. Traditionalists always argued that physical intimacy and emotional intimacy ought to be linked. But they were accused of removing female agency with such linkage and condemned for "mansplaining."

How about this: no feministsplaining and no mansplaining when it comes to sex? How about we instead focus on communication between men and women? How about sexual partners demand more from one another than physical release so they aren't disappointed that they're being treated as sex objects? A system prizing love and commitment doesn't require nearly the amount of explanation as a system that dispenses with both.