The End of the First Amendment

Ben Shapiro
|
Posted: Sep 20, 2017 12:01 AM
Share   Tweet
The opinions expressed by columnists are their own and do not necessarily represent the views of Townhall.com. 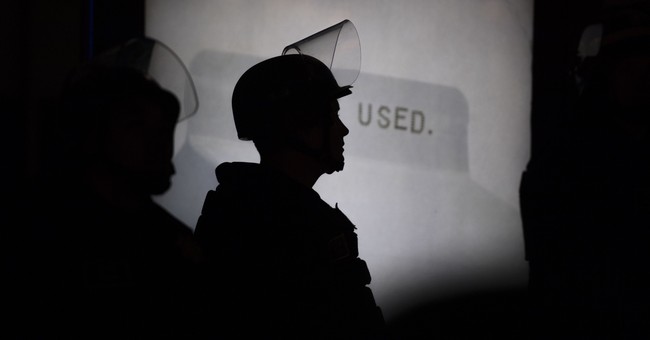 Last week, I visited the University of California, Berkeley.

The preparations for the visit were patently insane. First, the school charged the sponsor group, Young America's Foundation, a $15,000 security fee. Then, the school blocked off the upper level of the auditorium, fearful that radicals from the violent far-left-leaning group Antifa would infiltrate the speech and begin hurling objects from the balcony onto the crowd below. Finally, the school ended up spending some $600,000 on additional policing, including the creation of cement barriers and hiring of hundreds of armed police officers for a prospective riot.

All this so that I could deliver a speech about personal responsibility and individualism.

Good for Berkeley for doing its job. Bad for the students and outside agitators who made it necessary. Unfortunately, the bad actors are becoming more prominent and more popular. At The University of Utah, we're already hearing rumors of unrest. And, according to an astonishing new survey from Brookings Institution, such idiocy is set to multiply: A full 44 percent of students said that the First Amendment does not protect "hate speech"; a majority of students, 51 percent, said that they would be in favor of students shouting down a speaker "known for making offensive and hurtful statements"; 19 percent of students said the use of violence against controversial speakers would be acceptable.

This is full-scale fascism, and it's gaining ground.

Meanwhile, administrators are caving. At Middlebury College, administrators have adopted a policy that explicitly states, "Only in cases of imminent and credible threat to the community that cannot be mitigated by revisions to the event plan would the president and senior administration consider canceling the event." At DePaul University, I was pre-emptively banned from campus last year after students got violent with another speaker. At the University of Wisconsin-Madison, police left students who decided to storm the stage while I was speaking to their own devices; administrators reportedly told the police not to remove the agitators and to cancel the event if they felt it necessary to do so. At California State University, Los Angeles, administrators allegedly told police to stand down rather than fight near-rioters getting violent with those who would attend one of my speeches.

Both students and administrators should take a lesson from Berkeley.

First, administrators: Security is necessary for the free exercise of the First Amendment. Right now, there's an expectation that police will be prevented from doing their jobs; that's why groups like Antifa roam free. At Berkeley, they knew better: The police were armed with pepper spray and told to arrest anyone in a mask or with a barred weapon. The result was 1,000 protesters and no serious violence. That was after months of actual brutal violence in the streets of Berkeley. Other campuses must take note.

Second, students: Get a grip. I spoke at Berkeley without incident, and we actually had productive discussions with a number of students on the left. Everybody left with more information than they had coming in. Discussion never hurt anyone. But both the heckler's veto and the fascistic worldview that fuels it do.