Why Obama Turned Iran Into a Regional Power 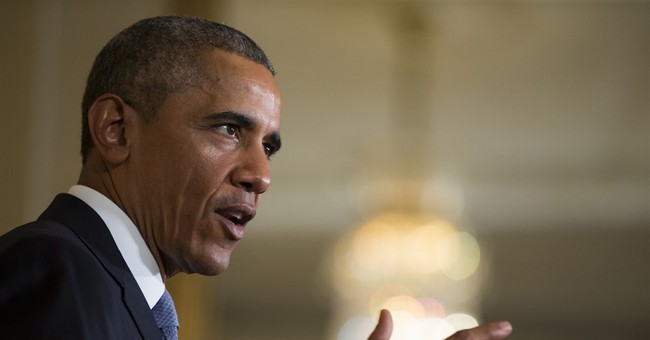 On Tuesday, Barack Obama championed his legacy-making agreement with the Iranian mullahs. That agreement provides billions of dollars to the Islamist aggressors hellbent on dominating Iraq, Syria, Lebanon, Afghanistan, Yemen, and any place else they can spread their regime of terror. In exchange, the United States receives a pinkie swear that the Iranians will not develop nuclear weapons for a grand total of 10 years; within five years, we will allow weapons embargoes against the state to end, and within eight years, we will allow missile technology to flow into Iran unimpeded.

"This deal," Obama said, is a move in a "different direction."

He is right. It is a move in a different direction: America used to care when its enemies created spheres of influence across strategically important swaths of territory. President Obama used to pretend to care. In phraseology that now seems charmingly quaint, Obama stated in his 2010 State of the Union Address, "the international community is more united, and the Islamic Republic of Iran is more isolated. And as Iran's leaders continue to ignore their obligations, there should be no doubt: They, too, will face growing consequences. That is a promise."

America used to worry about its allies being targeted for destruction. Obama's new deal with Iran contains zero restrictions on their terrorist activity across the Middle East and the world, and relieves sanctions on figures including Qasem Soleimani, head of the Iranian Revolutionary Guard Quds Force, a group responsible for the murder of hundreds of American troops. The deal also enriches Iran massively, and Iran has made clear that it will use those increased resources to help its terrorist allies like Hamas and Hezbollah.

America used to fret about such things as the use of weapons of mass destruction -- remember how cute it was when President Obama announced a red line with regard to Syrian dictator Bashar Assad's use of chemical weapons? Now, Assad can rest easy: His sponsor state just received the biggest influx of cash since the Iranian Revolution.

Neville Chamberlain could argue that in appeasing Hitler, he was trying to buy time to rebuild a crippled military in the face of an equally powerful force. Winston Churchill argued that Chamberlain's appeasement at Munich in 1938 sprang from a genuine desire to achieve peace and defend Britain. At least Chamberlain loved his country.

President Obama clearly does not. Unlike Chamberlain, he has purposefully hollowed out America's military, and fully embraces Iran's regional aspirations. Chamberlain didn't want Hitler to take over Europe. Obama wants Iran to take over large sections of the Middle East. Like most Europeans, Obama sees America and Israel as greater threats to world peace than Iran or North Korea. His top priority in the Iran deal was forestalling action by the United States and Israel. He achieved that, at the cost of Saudi Arabia and Egypt seeking nuclear weapons, Hamas reinforcing its position as a terrorist cancer in the Gaza Strip, Hezbollah retrenching as the controlling force in Lebanon, Bashar Assad ensuring his continued leadership, Iraq turning into an Iranian client state, Afghanistan preparing for Iranian-influenced sectarian violence, and Houthi-caused chaos in Yemen, for a start. But at least Israel won't drop a couple of bombs on Iran's nuclear reactors.

In 2007, I wrote of then-Senator Obama, "Iran's leaders must be praying every day that Americans turn to a candidate like Barack Obama." Obama's pro-Iran orientation was no secret then, and it is no secret now. Obama's Arab Spring has turned into his Islamist Summer because Obama wanted an Islamist Summer. No wonder America's enemies cheer the man 66 million Americans elected, even as the rest of the world readies for the inevitable onslaught.