How Fatherhood Made Me a Better Person 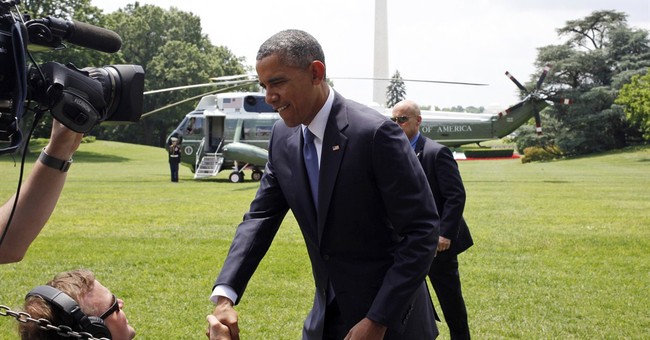 Trending
My baby daughter has ruined me.

I'm not typically known for being the most openly emotional person. On the incredibly rare occasions in which I find myself crying -- typically when the last track of "The Many Adventures of Winnie the Pooh" pipes through the car stereo (why would you leave the Hundred Acre Wood, Christopher Robin, you dolt?!) -- my wife revels in it. The first time it happened, she turned to me, grinning gleefully, and exclaimed, "You do have feelings!"

At least, that's how it was until Leeya was born.

Last week, my 4-month-old began crying when we put her down to sleep at night. I put my hand on her chest and began rocking her back and forth. Her crying gradually reduced to cooing, and then finally she dozed off.

Maybe she wasn't crying anymore, but I was. I found myself tearing up because I couldn't help but think of a time, decades from now, when she's in pain, and I won't be there to help. I won't be there to rock her to sleep or to put her head on my shoulder or to tell her everything will be all right.

Every so often, we all gaze into the abyss. It's a depressing fact of life that eventually the clock expires, eventually the sand in the hourglass runs out. It's the leaving behind of everything that matters to us that hurts the most.

Which is why what we do now matters.

In his weekly Internet address, President Barack Obama tackled Father's Day by repeating a line from his 2013 State of the Union address: "what makes you a man isn't the ability to have a child -- it's the courage to raise one." But, of course, it doesn't take courage to raise your child; it takes common decency. Only reprobates father children and then abandon them.

What really makes you man, I've realized, is not merely providing for and defending your wife, or even raising your child -- it's the action that lies in the realization that the future matters, even if you won't be here to see it. In an era in which immediate gratification and self-discovery are now given moral priority over delayed gratification and moral action, our children show us the barrenness of such a view. The words of Beyonce and Pepsi at the Super Bowl -- "Live for now!" -- ring false when you look at your crying child and understand that decades hence, your life won't have mattered a damn if you didn't live it for her.

Having children truly ends adolescence. We are all either parents or children: responsibility-takers or those who demand from others. Which is why it's such a human tragedy that Western civilization has now prized endless childhood as the ultimate ideal. When the president of the United States characterizes fatherhood as some sort of act of bravery, but the capacity to murder the unborn as a human right, society itself comes unmoored.

But we can anchor it again. Every time we rock our babies in the night, we bring order back to a disordered world. Every time we look down at our children and cry, we make the world one shade brighter. That's what children do to us -- and for us. That's what Leeya has done for me.