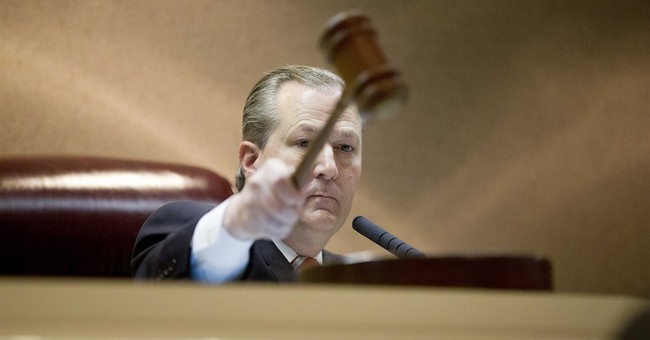 East Texas is really a very nice place. The people are friendly. Living is relatively easy amongst the “Piney Woods.” The region is more like the Old South, or the southeastern U.S., than the scrub brush and high plains that many usually think of when they think of Texas. Riddled with rivers, creeks and bayous the climate lends itself to the growth of Spanish moss and bald cypress. But recently it is another climate in East Texas that has attracted the most attention – its lawsuit climate.

The US Chamber's Institute for Legal Reform recently released its annual lawsuit climate survey and Texas continues to fail, recently dropping again after some slight improvement in the last couple years. The Lone Star ranks an embarrassing 40th out of the 50 states.

The leading problem is the bucolic East Texas. As reported, “East Texas is at the top of the list of cities or counties with the least fair and reasonable litigation environment, with 26 percent of the respondents naming it the worst jurisdiction. The state of Texas ranks in the bottom five for judges’ impartiality."

The bottom five for lack of judicial impartiality? That’s not surprising. As published in The Hill, “…the United States District Court for the Eastern District of Texas now has a new distinction – as the largest venue for patent disputes in the country. In fact, more than twice as many patent disputes are filed in this small town than in all the other federal court districts combined. One judge in Marshall, actually hears about one in every five patent cases in the entire country.” Obviously then, Marshall attracts more than its share of patent cases.

Add to that volume that so many cases result in the same conclusion – for plaintiffs. According to Texas Monthly, “The New York Times reported that of the patent cases that went to trial in Marshall, jurors ruled for plaintiffs 78 percent of the time, far more than the national average of 59 percent. From 2001 to 2006, plaintiffs prevailed in eighteen straight verdicts in Marshall.” The results are so lopsided that Supreme Court Justice Antonin Scalia referred to Marshall as “a renegade jurisdiction.”

But one does not have to be a U.S. Supreme Court justice to recognize the problem of judicial impartiality. When asked an open ended question, for the Chamber’s study, to name the "Top Issues Mentioned as Creating the Least Fair and Reasonable Litigation Environment" patent trolls were included in the list. Lawyers ranked East Texas 46 out of 50 states as the state with the worst judge’s impartiality and 42 out of 50 for jury impartiality. With that low of a rating one almost assumes they would have to be trying to stay ranked that way.

Yet still those same respondents cited the need for improvement of the litigation environment and the need for reasonable limits placed on discovery as amongst the most critical issues needing improvement. And that improvement is squarely in the lap of Congress, not Texas.

If Congress would finally move with some modest patent reforms, such as on discovery and transparency of claims, then Texas could get back to its free market leadership inclinations. But without action taken then East Texas will continue to keep the entire state listed as a failing place for patent justice.