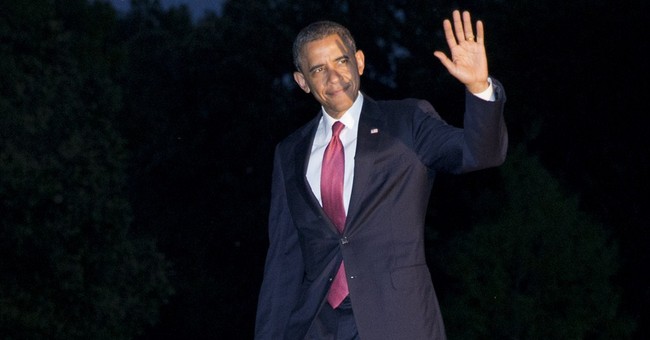 Did you see that headline at CNN Money? The publication reported that recently revised numbers from the federal government show the economy shrank during the first quarter, marking the first decline in economic growth in about 3 years. The story then quoted an economist who believes the downturn was brought about by the harsh winter weather and that Q2 should show a sharp uptick, while noting that job growth and sales of durable goods look strong.

The data points listed in the news article were all accurate. But they were also arranged in such a fashion, intentionally or not, that they were consistent with how the Obama Administration would want things presented. The article was also devoid of information that President Obama and his administration would prefer to ignore – things like the fact that CEO confidence has plummeted, and that other economists (besides the one that was quoted) believe that low interest rates are hurting the economy.

I’m sure there was no intended harm here. Acceptance of the Obama Administration’s agendas and assertions is so enmeshed in the culture of journalism that most practitioners, I suspect, have no idea how partisan and absurd their work often appears.

But when the data says that the economy just shrunk, millions of us middle class Americans who reside in “fly over country” tend to take that seriously (whether or not it was “caused” by the weather). For people like me, it’s a “parallel universes” experience when a journalist in New York City looks at facts like these and then tells us that it’s “not a big deal.”

The disconnect between the dominant forces of the American news media and the objective realities of our world have perhaps never been greater than during the era of President Obama. The unwillingness (or inability) among news reporters to either contextualize or to question the Administration’s actions has done our nation a great disservice.

And here’s another reality that seemingly hasn’t engendered the slightest bit of curiosity from the world of journalism: President Obama’s foreign policy in the Middle East and with Israel has defied the wisdom of every one of his previous ten predecessors for more than a half-century.

Presidents Dwight Eisenhower, John F. Kennedy, Lyndon Johnson, Richard Nixon, Gerald Ford, Jimmy Carter, Ronald Reagan, George H.W. Bush, Bill Clinton, and George W. Bush were all, generally and in varying measure, respectful of the sovereignty of our ally Israel. Some of our Presidents since 1967 have maintained that Israel should give up some of the land it conquered in the “6 Day War” of that year, yet they have all stated publicly that while Israel has an absolute right to exist as a nation, Palestinians absolutely needed to stop their terrorist activities.

Carter sought to broker a peace agreement between Arabs and Israelis, Clinton and Bush 43 called for the creation of a Palestinian state. But all of these men understood the wisdom of remaining aligned, first and foremost, with the peaceable, cohesive and stable nation of Israel, and they rejected the notion that Israel should be given over to Arab control.

But that all changed with Barack Obama.

While President Carter declared in 1979 that Iran was a “state sponsor of terrorism” and therefore unworthy of diplomatic ties to the U.S. (a position that was consistently upheld through the end of the Bush 43 presidency), Senator Obama campaigned in 2008 on a pledge to negotiate with Iran. Since becoming President in 2009, Obama has demanded that Israel must give up all the land it gained in the 1967 War, and has emboldened Iran’s plans for nuclear proliferation.

Every President since Ronald Reagan agreed that while Egyptian President Hosni Mubarak didn’t measure up to Western standards of human rights, he nonetheless was more stable and containable than other Arab leaders, and thus they all recognized the Mubarak government diplomatically. But President Obama knew better and called for Mubarak to be removed from office, so as to allow the “Muslim Brotherhood” political movement to usher in an “Arab Spring” of freedom and peace.

The Egyptian military did remove Mubarak from office, as President Obama had wanted. The government also held an election in 2012 and among five candidates, the Muslim Brotherhood’s presidential candidate Mohamed Morsi “won” the office.

But as the Egyptian people saw Morsi attempt to enshrine a religiously radical ideology in the nation’s constitution, they demanded that their military remove Morsi from office. The Egyptian presidential candidate whom Mr. Obama was certain would bring tolerance and peace to Egypt, turned out to be a purveyor of tyranny. Morsi was removed in the summer of 2013, and the Egyptians elected yet another President – their second in less than two years – just last month.

Obama knew better than his predecessors with Middle East foreign policy. As a result, our ally Israel is under siege, Iran is on a fast track towards nuclear weapons, and Egypt has been thrust in to a state of chaos.

Given our nation’s abandonment of our ally Israel and our embracing of tyranny in Iran, Egypt, and elsewhere, the world is left to wonder what the U.S. stands for any longer. For thoughtful Americans these are very sobering details.

But for a media culture that is often devoid of any critical thinking skills, this is all just “no big deal.”