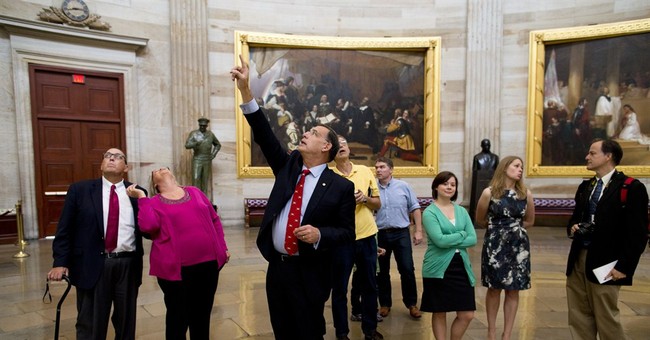 The jobs report wasn’t as bad as anticipated. Obamacare is killing jobs. There are fewer people working, but that’s okay because the unemployment rate still dropped last month. Obamacare is good because it helps the poor.

Are you fed up with the U.S. federal government’s “spin” and never-ending efforts to make the politicians’ plans work, while our plans to create a livelihood and a future get trampled? Americans have enabled their politicians to impose some very selfish and destructive public policy, and most all of us are suffering the consequences of it. Meanwhile, our needs for work and sustenance press on.

Last week, Author Michael Snyder of TheEconomicCollapseBlog.Com published a striking editorial exposing grave realities for America’s youth, entitled “30 Statistics About Americans Under The Age of 30 That Will Blow Your Mind.” The data points are easy enough for anyone to locate and verify, but Snyder compiled quite a succinct list.

Harsh realities like “the labor force participation rate for men in the 18 to 24 year old age bracket is at an all-time low,” and “in 2007, the unemployment rate for the 20 to 29 year old age bracket was about 6.5 percent,” yet today the unemployment rate for that same age group is about 13 percent - these and other staggering statistics provide a grim picture for America’s future. Snyder also notes that adults under the age of 30 face, in many ways, far less economic opportunity than previous generations. This is a very new development, indeed – America’s best days have always been yet to come.

But here’s the good news: some of the same young Americans caught in this horrific statistical picture are taking it upon themselves to make changes. While many of them played by the rules and went to college and are now discovering that the degree wasn’t actually “job training,” some of them are humbling themselves and offering to, in essence, work for free as an intern for a period of time, with the hopes of gaining some valuable work experience and an “edge” in the already slim job market.

The ambition of these frustrated young Americans is admirable. But it also raises a question: why should the concept of “internship” only be applied to college students and recent graduates? Why not get junior high and high school students “interning” as well?

Over the past twenty years or so, K-12 educators in the U.S. have almost universally begun to encourage kids in the ways of “volunteerism.” While the emphasis is usually on volunteering in some sort of non-profit context – the animal shelter, the blood bank, the rescue mission – the goal of getting kids focused on other people’s needs is noble, and the activity can pay great dividends.

But why most “volunteerism” and “interning” be so separate? Why, when we commonly think of college students as being good for internships, must we think of junior high and high school kids as only good for non-profit “volunteerism?”

It’s time to begin thinking in terms of “volunteer interning” – that is, getting school kids in the door at both commercial businesses and non-profit organizations, to offer help when and where they can, but to also learn as much as they can. As both a parent and a business owner, I’ve had some experience with this.

When, as a 7th grader my son went to his junior high school teacher and said “I’d like to complete my volunteerism assignment at a commercial business,” he was initially met with explanations as to why that was not acceptable.

But after a few parent-teacher meetings and with some careful planning and navigation, my son’s “volunteer internship” went on to be a great success, not only paying great dividends for him but also changing some hearts and minds among the school staff.

America desperately needs to raise up new generations of young people who both appreciate, and understand for –profit, private enterprise, and getting kids in the door at such operations is a good start. But consider and follow these guidelines, so as to avoid hardship down the line.

A) Parents must take the lead on this - school counselors are accustomed to getting students involved in charity efforts, but generally not getting kids placed in "internships" in for profit businesses. Moms and dads have to take the initiative to get their kids involved in this type of endeavor -just as they might do with their kids’ sports activities – and not simply “leave it to the school.” If after getting a volunteer internship set-up it makes sense to involve school officials, then so be it. But parents who want this for their child need to plan on initiating it.

C) Parents and kids, both, should search for opportunities – a child who is sufficiently articulate and confident to “cold call” a business is a child who stands out among others. But parents should guide the process of finding a business that will help develop an internship, and take full responsibility for the child’s safety in the process.

America’s economic future is daunting, especially for younger generations. Are today’s parents willing to take the initiative and try to make things better?