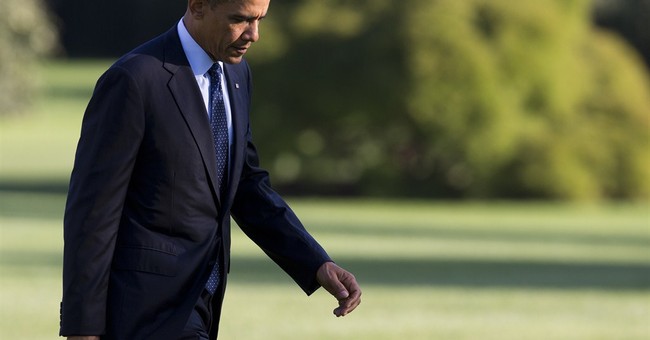 Are you fed up with the U.S. federal government’s “spin” and constant efforts to convince you that the labor market isn’t as bad as it seems?

At the beginning of each month, the U.S. Department of Labor tabulates the number of employment positions that were created the month before. Journalists and pundits are always eager to publicize what has come to be loosely known as the “jobs report,” with headlines that pounce on the latest unemployment rate, and a raw number of “new jobs.”

But after the initial monthly buzz about the headlines, media professionals’ interest in the labor market mostly disappears. And that’s a shame; because neither the initial jobs data or the “revised data” that gets released later in the month actually tells the full story of what is really happening.

The labor force participation rate -the percentage of the population that is either employed or actually trying to secure employment (and a figure that is at about a thirty year low right now) - largely gets ignored. So also are the under-employment rate, the rate at which full time jobs are being “converted” to part time jobs, the decline in wages, and the increase in the number of multi-job working individuals mostly all ignored as well.

And here’s another reality that gets overlooked by both our government, and the media: we are in the midst of a veritable explosion of opportunity in another sector of the labor market, but it has nothing to do with “employment” or “jobs.” It is technically referred to as “independent contract labor,” but is more frequently called, simply, “freelancing.”

Working as a “freelancer” is very different from being an employee, and nobody should attempt to enter into the freelance marketplace without first discussing it with their tax consultant and legal counsel. City, county, state and federal government agencies are hunting-down people young and old, who work as freelancers without the having proper business permits and tax collection mechanisms in place ( search “tax collector goes after 12 year old boy” online and see the pathetic news from the “conservative” state of Idaho). Don’t take this warning lightly.

But to illustrate the practical differences between employment and freelancing, imagine for the moment that you’re an accountant. If you’re employed full time in somebody else’s organization, you’ll probably be expected to report to a regular workplace on a regular schedule, and you’ll be kept busy reconciling bank statements to the organization’s records, preparing tax returns, issuing financial statements, perhaps handling billing for the group, and preparing financial performance records for the organization’s management. In return for your work, you’ll probably receive an agreed-upon salary paid incrementally every couple of weeks, paid time-off for health or personal reasons, health insurance benefits and paid vacation time.

On the other hand, if you’re an accountant who works as a freelancer, you might perform many of those same tasks for an outside organization, yet your work will happen differently. You’ll probably work on your schedule, not necessarily on the organization’s required “8-5” schedule; you may do most if not all of the work in your own office (maybe your home); and you’ll provide all your own equipment and office supplies (computers, software, telephones, etc..). Oh, and here’s another big difference: you’ll pay all your own income taxes, including an additional “self employment tax;” and you’ll have to fend for yourself when it comes to insurance benefits. In short, a freelance accountant is a business owner, not an employee, and the individuals and organizations for whom they provide accounting services are clients, not their employer.

If being a freelancer sounds challenging to you, rest assured that your hunch is correct. But here’s another little-known fact that escapes politicians and media professional alike: at a fairly rapid pace, Americans are learning to make a living as freelancers even when they can’t find “jobs.” The monthly “jobs” report for the most part completely ignores this trend. Yet according to the private non-profit “Freelancers Union” organization, the number of freelancers has expanded by about 400% over the past five years alone.

The current lackluster state of job creation is a direct result of bad government, namely the federal Obamacare law. It’s unclear how much higher the unemployment rate will need to rise and how many more full time jobs will need to be “converted” to part time jobs, before Americans wake up and realize that we have empowered some very destructive public policy that is creating far more problems than solutions.

But business is still happening despite all the roadblocks that government creates. Individuals and organizations are finding ways to legally form partnerships wherein they can be helpful and productive with one-another, even though politicians have been allowed to run amuck and poison employer-employee relationships.

Don’t expect Barack Obama, Harry Reid, Mitch McConnell, Nancy Pelosi or John Boehner to understand the real dynamics of the labor markets any time soon. They are too busy posturing, blaming, and blabbering about “jobs,” and their behavior won’t change until sufficient numbers of us demand a change. In mean time, there is opportunity at hand – for those who are willing to search for it.