In Anarchic Somalia, the Global War on Terror Continues

Austin Bay
|
Posted: Jul 17, 2019 12:01 AM
Share   Tweet
The opinions expressed by columnists are their own and do not necessarily represent the views of Townhall.com. 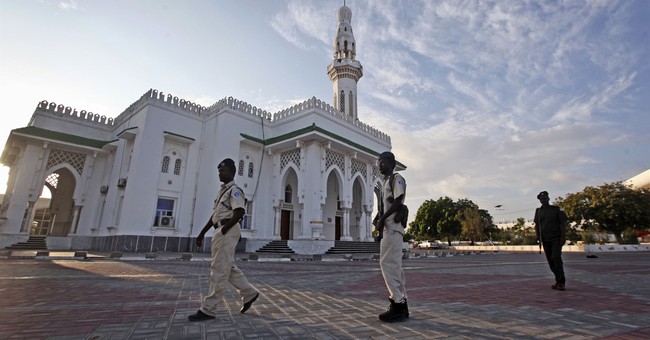 On July 12, al-Shabaab Islamic terrorists attacked a hotel in the Somali seaport of Kismayo. They detonated a suicide car bomb, and then gunmen shot their way into the hotel. The attack left 33 human beings dead and injured at least 50.

Do events like this in anarchic Somalia matter beyond the immediate region?

Let's consider some uncomfortable history. In April 1992, the UN Operation in Somalia (UNOSOM I) deployed to feed and protect 5 million threatened people. In December 1992, American military forces arrived to assist Operation Restore Hope. In October 1993, U.S. Army Rangers fought militants hand to hand in the streets of the capital, Mogadishu. The tragic incident, now known as Black Hawk Down, led to America's 1994 withdrawal from Somalia.

Declassified al-Qaida documents revealed that the American withdrawal from Somalia fed the megalomaniacal fantasies of Osama bin Laden and his cohorts. Somalia told them Americans would flee when confronted by Islamists who possessed unbreakable will.

The U.S. left, for a while. However, international peacekeepers have remained in Somalia for 27 years (1992 to 2019). The African Union Mission in Somalia (AMISOM) is the current force. Uganda, Burundi, Ethiopia, Kenya and Djibouti contribute soldiers.

In late May, the UN, which co-sponsors AMISOM, ordered troop reductions and begrudgingly extended the mission through 2021.

Then, June and July produced bad news as al-Shabaab launched surprise attacks in Somalia and in neighboring Kenya.

With the spectacular Kismayo attack, al-Shabaab sent the message that virulent Islamist terrorism continues to plague Somalia and East Africa. A "declining" al-Shabaab had been the tenor of distant media coverage. Kismayo completely scotched rosy notions that al-Shabaab's threat to Somalia is abating.

Not everyone bought the optimism. In January, Bill Roggio, editor of the Long War Journal, wrote that al-Shabaab "continues to maintain an effective insurgency, controls large rural areas in southern and central Somalia, and continues to threaten Somali cities and towns." Roggio challenged an NBC News report that the Pentagon was scaling back counterterror unmanned aerial vehicle (drone) strikes in Somalia.

In the December 2018 issue of CTC Sentinel magazine, Voice of America's Harun Maruf and Dan Joseph noted al-Shabaab's financial strength: "According to U.N. monitors, the group's taxation system has grown in sophistication and reach to the point where al-Shabaab is now likely running a budget surplus."

Taxation? Theft at gunpoint is more accurate. Al-Shabaab's smuggling operations exploit Somalia's anarchy and fragmentation. There is evidence the terror outfit consorts with Somali pirates and shares in ship ransoms.

Al-Shabaab is resilient, but it's unlikely negotiations could end the war. The group insists Somalia must have an Islamic government implementing al-Shabaab's preferred interpretation of sharia. Here's a hint of what that entails: According to AllAfrica.com, Dalsan Radio in Mogadishu reported that al-Shabaab has threatened to kill Somali clan elders helping select potential members of the federal parliament unless the elders "repent within 45 days." The terrorists accused the clan leaders of creating an "apostate administration contrary to the teachings of Allah."

Al-Shabaab has ties to both international terror groups. It counts the Allied Democratic Forces-National Army for the Liberation of Uganda as a regional ally. Al-Shabaab claimed credit for the July 2010 terror bombings in Kampala, Uganda, that killed 76 people. The ADF's violence has no limits. This year, ADF jihadis have attacked and destroyed Ebola virus clinics in eastern Congo. The militants regard the Ebola virus as a weapon of mass destruction that their terror attacks can unleash on sub-Saharan Africa.

Yes, Somalia matters, for the global war on terror continues because the terrorists' war on America continues, and Somalia is one battleground.