Austin Bay
|
Posted: Jul 05, 2018 4:39 PM
Share   Tweet
The opinions expressed by columnists are their own and do not necessarily represent the views of Townhall.com. 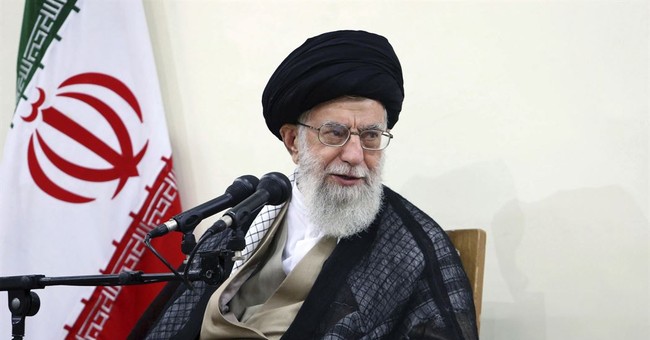 The December, 2017, nationwide protests that surprised and rattled Iran's clerical dictatorship never quite subsided. Demonstrations occurred in January 2018, then again in April.

Since mid-May, publicly expressed anger in Iran's would-be global revolutionary state has intensified to the point that regime internal security units have fired on demonstrators.

There is no accurate death toll -- Iran is a dictatorship. So is China, and for comparative purposes recall we still do not know how many people were killed in Tiananmen Square in June, 1989.

But fresh blood has spilled in Iran.

Last week, Iranian domestic political violence escalated. Regime sycophants -- called officials in some press reports -- acknowledged an unidentified gunman in the city of Abadan began shooting during a demonstration on June 30. One person was wounded, according to the sycophants. Iranian and Israeli sources both reported on July 1 that protestors in Abadan began fighting with security forces and street "skirmishes" continued into the night. Protests disturbed the nearby city of Khorramshahr. Both cities are located in the oil-producing Khuzestan province near the Iraqi border. Both have substantial ethnic Arab populations.

Credit the propagandists with revealing a partial truth. No one can deny a severe drought affects over 90 percent of Iran; weather channels around the globe verify it. Another fact: in June several hundred people in water-short Khuzestan became sick when they drank polluted water.

That kind of gut-yucking incident is difficult to hide in an Iranian region bordering on Iraq. Plus acknowledging the matter gives the dictatorship the opportunity to go through the motions of outrage.

The motions of outrage give the ayatollahs and the propagandists temporary cover. For another news cycle or two they can avoid the gritty and decisive issues: economic deterioration and regime corruption.

According to one source I found -- just one, no video -- demonstrators in Tehran also called for the death of Ayatollah Khamenei. Perhaps more solid evidence exists. However, publicly mocking Ayatollah Sayyid Ali Hosseini Khamenei is a big deal. Khamenei is Iran's current Supreme Leader, and he has been in office since 1989's first Supreme Leader, the Ayatollah Ruhollah Khomeini.

Get your Ks straight -- Khomeini versus Khamenei. The former is deceased. In 2018, the latter, Ayatollah Khamenei, is the real life and death power in Iran.

Since roughly 1995, this has been Iran's deep question: when will the Iranian people be willing to spill their own blood to confront the clerical dictatorship.

That's a very tough call. In my own view, Barack Obama blew a major opportunity to extend freedom when he failed to quickly respond to Iranian demands for reform in June 2009. Those demonstrations spawned the Green Movement.

In 2010, the dictatorship brutally repressed that movement.

I guarantee the dictatorship is worried that 2018 may answer the question. Iran's economic deterioration argues for it.

In April, Radio Free Europe reported Iran was experiencing a "nation-wide dollar-buying panic...spurred by the plunging value of the Iranian rial." Since January the rial has lost around half its value against the dollar.

Iran's economic situation will get worse. America has warned state and commercial purchasers of Iranian goods it will impose financial sanctions if they fail to cut trade ties with Iran by November.

The regime Khomeini founded in 1979 intends to celebrate its 40th anniversary in 2018. It appears the Trump administration intends to help the Iranian people make the ayatollahs' Year 40 very difficult.