Austin Bay
|
Posted: May 24, 2017 12:01 AM
Share   Tweet
The opinions expressed by columnists are their own and do not necessarily represent the views of Townhall.com. 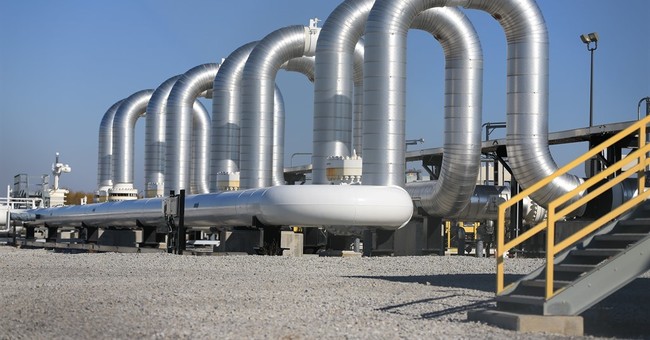 Trending
Sophisticated American and Canadian energy industries have given the Free World an economic boost and a powerful diplomatic weapon.

Today, the U.S. is less dependent on foreign oil imports. Daily U.S. imports have declined, from around ten million barrels to seven million. The U.S. is now exporting energy to select markets. This is why the Trump Administration's proposed sale of half of the U.S. strategic petroleum reserve is timely. The reserve has around 700 million barrels.

The economic boon is obvious. So is the diplomatic clout.

Precisely when the U.S. and Canada supplanted OPEC as the world's oil price pacesetters is up for debate, but November 2016 to April 2017 is the time frame.

Now OPEC is struggling. Since the end of April, Saudi Arabia has called for the extension of OPEC's November 2016 oil production quotas. That deal was supposed to curb an oil supply glut by taking 1.2 million barrels a day off the market.

OPEC couldn't do it. In the past oil gluts have forced U.S. frackers to shutter expensive operations. Then OPEC could raise prices. However, U.S. fracking costs have dropped. As the glut continues, frackers are demonstrating they can adapt to lower oil prices.

They are also Russian weapons. When his forces invaded Ukraine in 2014, Russian president Vladimir Putin believed he could dissect eastern Ukraine at little cost because European economies rely on Russian natural gas. If eastern European nations didn't capitulate to his demands, he would strangle their economies.

As for the long term, low oil prices mean the Kremlin has less money to spend on war and weapons.

At one time Tehran could shake global oil markets by threatening to close the Strait of Hormuz, the sea lane connecting the Persian Gulf and the Indian Ocean. That gambit is no longer quite as menacing. Moreover, lower oil prices weaken Iran's religious dictatorship. They have less money for nuclear weapons and training terrorists.

Fracking and other advanced techniques have changed the ways many analysts calculate oil and gas reserves. The subject stirs intense debate. North America may have enormous reserves. 36 billion barrels is an accepted figure for current U.S. oil reserves. However, in July 2016, an independent study by Norway's Rystad Energy estimated the U.S. has 264 billion barrels in recoverable oil. Saudi Arabia has around 212 billion and Russia 256 billion.

Astonishing numbers, but other estimates are even more astonishing. Canada may have 2.7 trillion barrels in shale formations, and the U.S. two trillion.