Austin Bay
|
Posted: Jul 06, 2016 12:01 AM
Share   Tweet
The opinions expressed by columnists are their own and do not necessarily represent the views of Townhall.com. 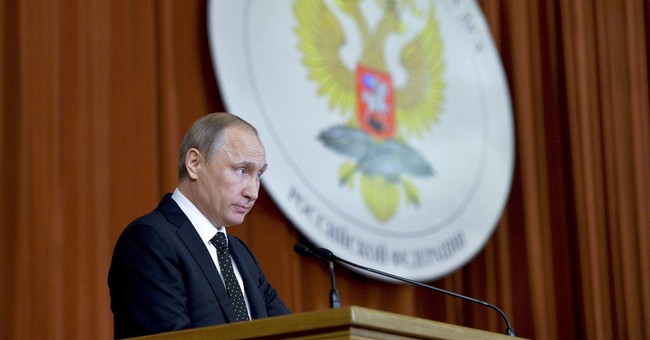 Trending
NATO's summit meeting in Warsaw, scheduled to begin July 8, comes at a difficult yet opportune time for the alliance.

The difficulties NATO confronts are evident. Major challenges include terrorism by the Islamic State in Iraq and Syria as well as the security impact of Syrian refugees flooding European NATO nations.

The modernization of military forces is always a challenge. The expense involved in upgrading weapons and support equipment is one reason. However, NATO places a premium on integration, which means that alliance members should buy weapons and build military organizations that can easily operate in concert with other alliance members. That requires a sustained political and budgetary commitment. At the moment, however, force modernization has a bigger price tag. Many military analysts are making the case that NATO nations need to rebuild their navies. Improving and expanding missile defense capabilities is another big ticket item.

However, NATO'S biggest difficulties begin in the Russian Kremlin, the one led by Russian President Vladimir Putin. Russia's creeping war of aggression against Ukraine -- which began with an attack on the Crimean peninsula in February of 2014 -- continues unabated. The Ukraine War has displaced over a million people (1.5 million by some estimates) and killed over 10,000 people.

The Ukraine War is on the summit agenda. Ukraine makes no secret of its desire to join NATO.

The Ukraine invasion shook neighboring Poland, which maintains close ties with Ukraine. The invasion frightened the Baltic states of Latvia, Estonia and Lithuania -- remember, in June 1940, Joseph Stalin's Red Army invaded the Baltic nations and made them Soviet socialist republics. Like the Poles, the Balts say never again.

To deter further Russian aggression, all four states demanded a permanent NATO troop presence on their soil. Romania, Bulgaria and Turkey are concerned about increased Russian military activity and belligerence in the Black Sea. The Kremlin's Black Sea mischief leverages its now total control of the Crimean peninsula.

Russia's provocative military activity has led some citizens of Sweden and Finland to suggest their countries join NATO. Sweden recently demurred and said joining the alliance wasn't likely. Russia, however, has been openly threatening Finland; Putin recently told Finland that Russia would bolster its forces on the Finnish border if Finland joined NATO.

Nevertheless, the foreign ministers of both Sweden and Finland attended a pre-summit meeting in May. That sent a political message Moscow couldn't miss.

Other pre-summit activity also sent Moscow a message. I am referring to NATO'S Anaconda 2016 war game, which began in Poland in early June and ran for some 10 days. Over 31,000 NATO soldiers participated, including U.S. and British troops.

Phase 3 of the exercise began on June 10 as allied troops and vehicles crossed the Vistula River and entered Lithuania. Many analysts pointed out the goal of the operation was the relief of Lithuania. In theory, a quick Russian tank attack had closed the Suwalki Gap, which separates the Russian-controlled Kaliningrad Oblast from Russian territory.

Kaliningrad was once the Prussian city of Konigsberg. Russia kept the city and its environs as a special Kremlin reward for winning World War Two.

However, crossing the Suwalki Gap could interpreted as an offensive stroke that isolates and surrounds Kaliningrad. A subtle message? Perhaps, perhaps not, but one NATO took the opportunity to deliver. If Moscow starts a war, it puts Kaliningrad risk.

The Anaconda exercise scenario was fictional. Participating units were pretending. However, the NATO military units were the real thing. Russia's war in Ukraine continues to spill real blood. The Kremlin's March 2014 annexation of Crimea is a vicious historical fact. These acts of war are the predicates of NATO's June war game. They are the predicate for the July summit in Poland, where NATO leaders can tell Moscow that enough is enough.