Austin Bay
|
Posted: Mar 30, 2016 12:01 AM
Share   Tweet
The opinions expressed by columnists are their own and do not necessarily represent the views of Townhall.com. 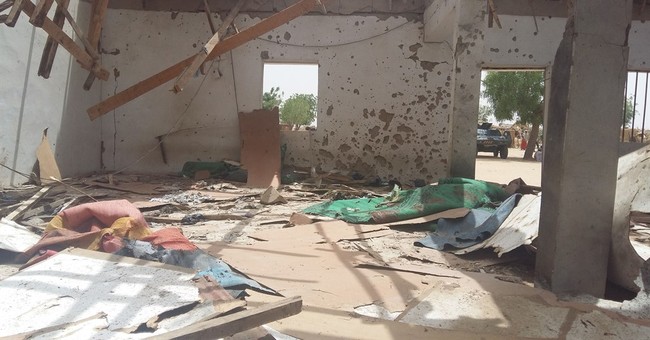 The "safe space" created by political corruption is one reason terrorist organizations can infiltrate, collect intelligence, launch attacks and frankly, continue to exist.

This is a global phenomenon, and it isn't new.

Intelligence analysts note that criminals sell out terrorists. Criminals lack ideological commitment and the terrorists know it. Still, the criminal sewer provides a route for weapons and personnel.

In March 2015, Muhammad Buhari won a bitterly contested presidential election. Buhari is a Muslim from northern Nigeria. He is a retired general and from 1983-85 led a military junta. However, he had a reputation for integrity.

His presidential campaign focused on defeating Boko Haram and eliminating Nigeria's endemic political and economic corruption. Buhari linked corruption to security problems. He accused the Nigerian military of being a corrupt institution. Boko Haram promised to establish a religious dictatorship that would end government corruption. The pitch attracted recruits. To defeat Boko Haram, Buhari argued, Nigeria must also wage war on its own endemic graft.

Buhari received votes from Nigerians of all faiths and tribes. They knew he told the truth.

Following his inauguration in late May 2015, Buhari vowed to completely destroy Boko Haram. He announced "the days of impunity and lack of accountability are over." His government would recover the billions stolen by previous administrations. He would lift military morale. Soldiers complained that they lacked supplies and commanders ignored their welfare.

How has he done over the last 10 months? Buhari's anti-corruption project has had limited success. He implemented a "Single Treasury Account" system run by the central bank, with the goal of reducing graft. At one time, state entities had over 10,000 commercial accounts with lenders; money disappeared. The oil price collapse has crippled the Nigerian economy and hindered reform. Buhari is now engaged in a major political fight with parliament over the 2016 budget. He signed a budget agreement that critics said was larded with crooked expenditures. The criticism stung him, so now he is demanding budget details.

Some 300 companies and individuals face corruption charges. The government has found evidence of military procurement fraud, but has yet to convict a scoundrel. Buhari faces allegations that he ignores corruption in his political party and targets opposition toward political figures. The marquee indictment directly links corruption to weakened security. It charges the prior administration's national security adviser with diverting $2 billion from funds reserved for battling Boko Haram.

Buhari's administration made a severe political mistake in late 2015 when it claimed that it had defeated Boko Haram (which has renamed itself the Islamic State's Province in West Africa).

The government noted that attacks had tapered off. Intelligence could find no evidence of large Boko Haram camps. But in January 2016, the terrorists struck again, with attacks in northeastern Nigeria that killed several hundred people. Sporadic attacks and terror bombings continue. The government admits Boko Haram will remain a threat in the northeast at least through the end of 2016.