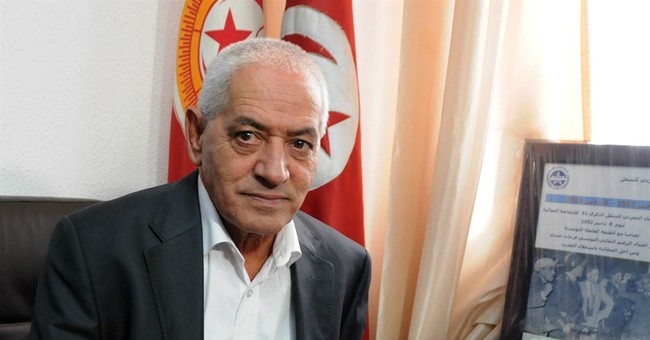 Bomb a factory; attract 24/7 media attention. Build a factory brick by brick? That rates a yawn, not a headline.

Fortunately, careful "brick by brick" does receive occasional recognition. An exception occurred two weeks ago when the Nobel committee awarded its 2015 Peace Prize to a Tunisian civic and political coalition, the National Dialogue Quartet. The Quartet consists of four civic organizations -- a business organization, two labor unions and a lawyers association.

Unlike the other Arab revolutions on the Mediterranean littoral -- Egypt, Libya and Syria -- Tunisia has succeeded in navigating the violence. When terrorism and assassination have occurred, Tunisians have refused to fracture into uncooperative ethnic, religious, political or economic pieces the killers can exploit. Instead, they focus on common goals.

How has Tunisia avoided Libyan and Syrian chaos and Egyptian-style military reaction?

As a metaphor, "brick by brick" suggests qualities that apply to Tunisian revolutionary politics: a generally agreed upon plan or concept; measured and deliberate implementation of the building process; careful evaluation of implementation; and, most definitely, the fortitude to continue a deliberate process despite terror attacks and regional war.

The National Dialogue Quartet was a vital brick, irreplaceable when its moderating influences are assessed. The moderate Islamist Ennahda party won the October 2011 election and promised to maintain a secular system. However, in 2013, when two secular politicians were slain, the Tunisian people concluded that Ennahda was slow to pursue the criminal investigation. Everyone, for good reason, suspected Islamist terrorists. Egypt's military had just toppled Muslim Brotherhood president Mohammed Morsi. An overwhelming majority of the Egyptian people believed Morsi was undermining democracy in favor of an Islamist theocracy. Tunisia approached a similar brink.

Building brick by brick requires another revolutionary lesson: Hang together or hang separately.

In January 2011, Abolhassan Bani-Sadr, Iran's first president after the revolution, (and living in exile since 1981, when Khomeini toppled him) wrote a prescient essay. If Tunisians want to protect their revolution from Iran's dictatorial nightmare, Bani-Sadr said "despite their many differences -- from secular to Islamist -- political organizations should develop a common commitment to democratic values."

In Tunisia, an overwhelming majority of the people want a just political-economic order, and a European parliamentary democracy with an honest judiciary and far freer market than the kleptocratic travesties of the Middle East looked like a model worth emulating.

This year's refugees and migrants fleeing Central and South Asian, Middle Eastern and African chaos for the European Union appear to agree with the Tunisian people.