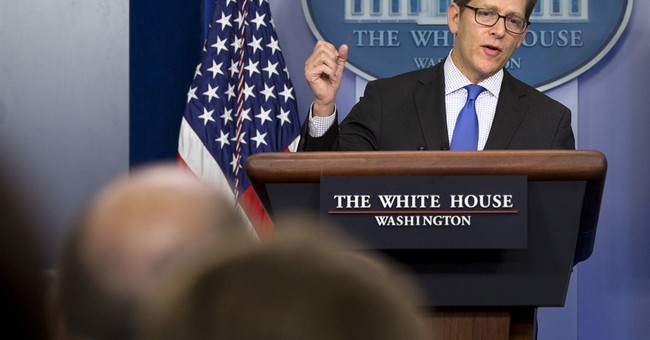 The Assad dictatorship's August 21st chemical attack on a Damascus suburb controlled by anti-regime rebels is a heinous act -- if it indeed occurred as described by U.S. Secretary of State John Kerry and other senior Obama administration officials.

As I write, a UN inspection team is heading for the suburbs of eastern Ghouta to test for trace residues of chemical agents. Meanwhile, the White House claims intelligence developed in the past 48 hours is decisive, and is signaling that military action against Syrian President Bashar al-Assad and his regime is all but certain.

I am more than willing to believe that Assad and his regime crossed President Barack Obama's red line forbidding the use of chemical weapons on civilians. The Assads routinely mass murder civilians. In fact, it is a family tradition. In February of 1982, in the city of Hama, Bashar's father, Hafez, slaughtered at least 10,000 people -- 30,000 is more likely.

Credible circumstantial evidence quickly emerged. On the day of the alleged attack, Doctors Without Borders reported that clinics in Damascus experienced a surge of casualties with symptoms indicating nerve gas poisoning.

The victims mentioned rockets. Assad's forces have Russian-designed rockets capable of delivering chemical munitions. In 1975, I served in a U.S. Army unit that patrolled the former intra-German border. The most gruesome quick-attack scenario had mobile Soviet rocket launchers in East Germany slamming us with rockets bearing GB (sarin) nerve agent. GB dissipates rather quickly -- convenient for Russian tankers overrunning us on their way to the Rhine. In 2013, quick dissipation means UN inspectors may have trouble finding evidence on the ground.

Doctors Without Borders now reports 355 people have died from exposure to the toxic substance. That is a neighborhood, exterminated. A "false flag" attack by a pathological rebel faction desiring American intervention remains a possibility, but it isn't likely.

Why use chemical weapons now? The most plausible explanation: because the regime has used them before, without penalty. Obama's red line was rhetorically specific but proved to be operationally fuzzy.

Obama can blame his failure to close Guantanamo Bay on his domestic political opponents, but he drew the red line, which brings us to the impending military action.

No regime change, White House press secretary Jay Carney insists, trying desperately to draw a bright media line between Obama's pending foray into Assad's Syria and the Bush administration's venture into Saddam Hussein's Iraq. No troops. A limited punitive strike on the regime forces that perpetrated the attack. In and out. Rumors mention Tomahawk cruise missiles fired from U.S. Navy warships. British newspapers report that NATO aircraft are staging at one of Britain's Cyprus bases.

Obama has a small coalition of the willing, another uncomfortable Bush term, but then Russia and China stand between Obama and a UN mandate. NATO partners France and Britain are in the coalition. Obama, unlike Bush in Iraq, has not gone to Congress to solidify support. Based on his own past statements, and the presence of Samantha Power in his administration, Obama believes the so-called doctrine of Responsibility to Protect (R2P) gives him the authority to punish Assad. R2P advocates such as Power argue the world has the responsibility to protect vulnerable people from genocidal regimes. However, Obama hasn't intervened in Sudan's genocidal war in Darfur (Darfur still bleeds) or in Sudan's Nuba Mountains.

Agreed, he didn't redline Sudan. But will very limited strikes truly penalize Assad? The Israelis have very good intelligence on Syria, but intel is never perfect. Signaling short duration sets the stage for Assad to survive and then pull Hussein's old schtick: "I'm still here. I win." And then he kills again. The schtick blunts the action's utility as "a demonstration of U.S. will."

"A truncated limited standoff that leaves impressive craters for CNN to film" might restore the president's personal credibility ... maybe. But does it really protect civilians? Dempsey's Option Four might do that: Establish buffer zones. "Safe zones" is a better term, if R2P is a sincere guide to policy instead of feel-good politics. Establishing safe zones, however, commits U.S. forces to helping protect rebel areas within Syria. And that likely means U.S. ground troops.