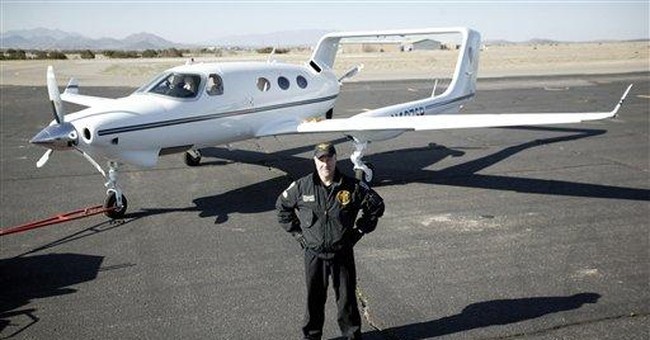 If you've ever been stationed at Fort Bliss, Texas, in El Paso, you know the neighboring Mexican city of Juarez is a great place to get a steak. Earlier this year, however, Fort Bliss' commander put Juarez off-limits, and it remains off-limits. Why? Juarez is a bloody battlefield in Mexico's Cartel War.

The Cartel War, launched by Mexican President Felipe Calderon in December 2006, is entering its third year. Sensational headlines dubbing Mexico "the Iraq next door" tend to distort both Mexico's and Iraq's complex circumstances. For example, Iraq's emerging democracy faces armed and unstable external challengers -- like Iran -- while Mexico's emerging democracy does not.

Iraq's body count does serve, however, as a crude gauge of comparative ferocity. This week, StrategyPage.com editor James F. Dunnigan noted that on an "average day" (in Iraq) 26 Iraqis are killed in criminal and terrorist-related violence. With the warning that the Mexican statistics are based on reported and investigated murders -- which means that the actual number of murders is probably higher -- November 2008 was the Cartel War's deadliest month, with over 700 people slain.

Do the math. In November, Mexico averaged 23 deaths a day from "crime and terror" incidents. Estimates for the total number killed from January through November 2008 run from 4,900 to 5,100.

Thus Juarez is off-limits. Even bureaucratese-riddled State Department warnings about travel in Mexico are pretty stiff. For example, from October: "The situation in northern Mexico remains fluid; the location and timing of future armed engagements cannot be predicted. ... While most of the crime victims are Mexican citizens, the uncertain security situation poses risks for U.S. citizens, as well."

I will agree that the Cartel War is, on a grand historical level, like Iraq and our long struggle we call the War on Terror, for they are all wars for the terms of modernity. There are scores of others, and they are much more a clash of systems than civilizations.

President Calderon -- the man in the cauldron -- sees his war as a war for systemic change, with his goal the democratic rule of law.

In a recent speech, Calderon addressed what he saw as the deep challenge in Mexico: corruption. Calderon understands corruption has security consequences as well as economic and political penalties. "Instead of faltering," Calderon said, "we have taken on the challenge of turning Mexico into a country of laws."

Corruption in the police and judiciary provides the "dirty space" for all types of crime, but the drug cartels essentially began carving out "drug duchies," where they were the law. This is one reason Calderon decided to use the Mexican military. Calderon saw a situation similar to that in Colombia, where at one time the rebel Revolutionary Armed Forces of Colombia (FARC) organization openly claimed territory.

FARC started out with political aims and still claims political aims, but the people of Colombia have come to know it as a criminal gang in the narcotics and kidnapping business. Mexico's drug cartels skipped the political stage, though they love buying politicians.

Calderon is also pursuing economic transformation (e.g., opening the oil business to foreign investment) and "structural reforms" (something of an all-encompassing code word for reforming the police, the judiciary and politics). His own words drive the point home: "Nowadays, we are experiencing the consequences of years of indifference to the cancer of crime, impunity and corruption. This scourge became a threat to the peace and well-being of Mexican families and constitutes a challenges to the state's viability."

In August, Calderon made the goal of purging local, state and national police forces the centerpiece of his special national conference on crime. One of the biggest sources of public discontent in Mexico is the knowledge that known criminals are protected by corrupt police officials.

With four years left in his term, Calderon is proving to be a world-class political talent, a brilliant combination of democratic statesman with long-term strategic vision, a savvy domestic political leader who addresses the Mexican public's aspirations and can work with a volatile national legislature, and a wartime leader with extraordinary personal courage.