The Next Presidents Iraq War 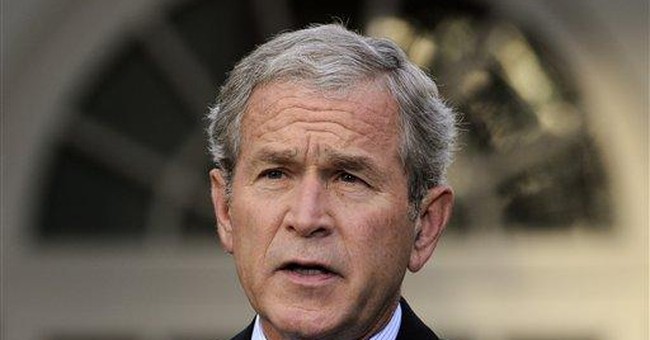 In a month Iraq will be the next presidents war.

From the American perspective the next presidents phase of the Iraq War will be twofold. First off, it will be a proxy war with Irans tyrannical mullahs. The second fold will be even more strategically significant: The next presidents war will measure Americas commitment to defending democracy and promoting genuine international security in the 21st century.

The Iraqi perspective differs a shade. Iraqs war will be yet another Iran-Iraq War, but one where the Iraqis will have an organizational advantage and a significant ideological edge.

Iraqs organizational advantage has two components. First and foremost Iraq engages Iran with the U.S. as an active ally -- unless the next U.S. president proves feckless and makes the inexcusably stupid mistake of denying Iraq American diplomatic and military support in a crisis.

The Iraqis point to Operation Charge of the Knights as their first in a series of successful security operations signaling their new capabilities and confidence. Launched in late March, Charge of the Knights targeted Shia militias (like Muktada Sadrs Mahdi Army), criminal gangs, and the Special Groups that are really guerrilla bands sponsored by Iran. Follow-on operations have reduced terrorist violence and crime, which senior officials point out are closely linked.

U.S. forces are already moving to support roles. This week U.S. Marine Corps Major General John Kelly, coalition forces commander in Anbar province, said, There are still 27,000 U.S. troops in the province, but they are on overwatch."

"Overwatch" is military lingo for protecting your friends while they maneuver and fight. At the tactical level, as one soldier moves and exposes himself, another "covers" him (overwatches), prepared to fire a burst from his rifle to suppress enemy troops shooting at the exposed soldier. In Anbar Province, U.S. forces have assumed operational-level overwatch. If an Iraqi army commander finds his troops in a tough firefight, he can quickly request help from a U.S. ground unit.

At the strategic level, allied nations "cover" one another. Strategic overwatch in the U.S.-Iraq relationship includes deterring Tehrans mullahs.

However, Iraq will be the central battle front with Tehran, militarily, diplomatically and morally.

Iraqs emerging democracy presents the mullahs with a complex challenge. Democracy gives Iraq an ideological advantage in its struggle with Irans dictatorship. Disgust and discontent has become a way of life inside Iran. The Khomeinist revolution has failed and fossilized as a corrupt theocracy backed by secret police and Revolutionary Guards. The Iranian people look west and see Iraqi Arabs and Kurds seizing a historic opportunity to create their own open, democratic system -- and they know the mullahs are the gangsters denying them that opportunity.

In 1979, when the Ayatollah Khomeini toppled the Shah of Iran, the Khomeinists had a radical vision propelling them, with the U.S. damned as The Great Satan. Now the Ayatollahs heirs wage a strategic delaying action, relying on terror at home and abroad to remain in control.

The mullahs provide an example of Americas most common 21st century opponent -- a failed clique of violent ideologues with either petrodollar or narcotics income whose chief tools of foreign policy are assassination, terrorism and crime.

Its why the next American president must win his Iraq War.

Liz Cheney Is Reportedly Looking for the Exit and It Cannot Come Soon Enough
Townhall
Caitlyn Jenner following the science on wildfires reminds Vox's Aaron Rupar 'a lot of what Trump used to say about them,' which is bad for some reason [video]
Twitchy
A Major Biden Administration Scandal Is Brewing
Redstate
Insanity Wrap #201: Liz Cheney Takes Her 'True Conservative' Message to... The Washington Post?
PJ Media