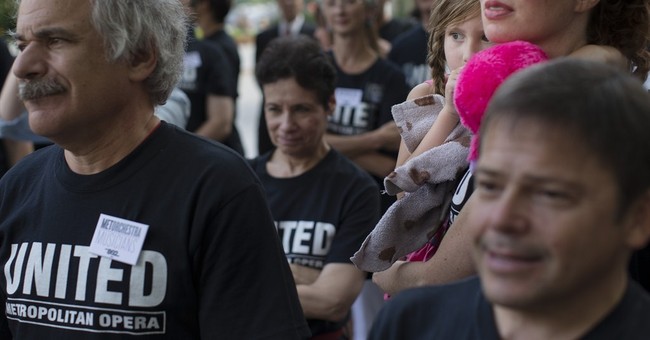 For union members, a shot at freedom comes just once per year. That's because many unions limit when members can leave – or at least stop paying dues – to one month or less each year. For many members, that time is now: August is union opt out month for many unions nationwide.

Unions are reluctant to let members leave, since every member who opts out means less dues revenue for the union. For this reason, unions severely restrict when members can opt out and often do as little as possible to inform their members of how to do so.

To fill this void, the Mackinac Center in Michigan has created AugustOptOut.org, a resource for Michigan public school employees that highlights the opportunities available to them to resign union membership. The website offers personal stories about why Michigan educators are leaving their union, a calculator that estimates how much educators can save in dues by opting out and a form Michigan educators can use to exercise their opt out rights.

This resource highlights the Mackinac Center’s contribution to National Employee Freedom Week, a grassroots campaign to inform union employees about their rights to opt out of union membership. The Mackinac Center is one of 68 organizations across 40 states participating in the campaign that happens August 10th through 16th this year.

So what are these rights? In 24 states, including Michigan, that have passed “right to work” legislation, union members can opt out of paying dues entirely and cannot be fired for doing so. But even workers in the 26 states that have not passed right to work legislation can opt out of their union. They will still have to pay “agency fees,” a smaller amount of dues that ostensibly only includes the costs of representation.

In some cases, workers can also become religious or conscientious objectors, if they feel that paying money to their union violates their religious beliefs. In these situations, workers are generally required to pay an equivalent amount to charity.

Union officials have called members who opt out “freeloaders,” implying that their only reason for leaving is a financial one. The implication is insulting. A large number of members disagree with their unions on fundamental principles.

For example, many union members disagree with the partisan nature of unions and their affiliates: According to exit polls from the 2012 presidential election, 42 percent of union household members voted for the Republican candidate, yet unions gave more than 90 percent of federal contributions to Democrats.

In addition, many educators want to leave their unions because of disagreements over charter schools and merit-based pay, which several unions stubbornly oppose despite their well-documented successes. In fact, a 2013 survey of public school teachers, overseen by the Harvard Program on Education Policy and Governance, found that more than 40 percent support charter schools. (The same survey found that nearly a third believe that teachers’ unions have negative effects on schools.)

Unions could respond to increased worker freedom positively, by working to provide members with better services and taking political stances more in line with members’ views. Unfortunately, many unions, including those in Michigan, have taken the opposite approach, by engaging in verbal attacks, sending bill collectors after teachers and shaming those who choose to leave.

That’s why National Employment Freedom Week and the August Opt Out campaign are so important. They highlight these rights and provide information and support on how to exercise them. And perhaps when more union members learn about their rights and opt out in sufficient numbers, unions will stop trying to restrict members from leaving, and instead begin to focus on convincing them to stay.