Scandal: Not Just a TV Show, But a DC Reality 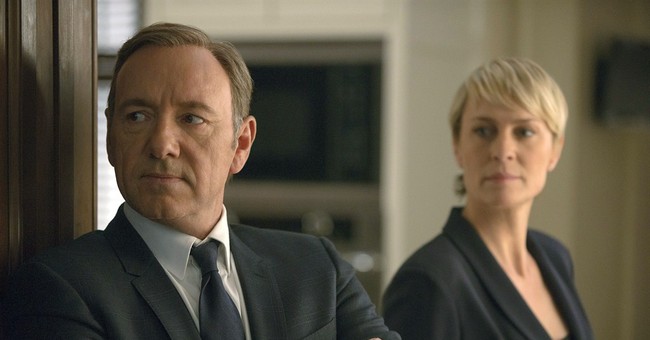 If you thought that Scandal was just a popular primetime television show, guess again. While the show is one of my favorites it unfortunately depicts a reality in Washington, DC. Sadly, scandals plague government agencies, bureaucrats, and officials every day but many fly under the radar.

For example, the IRS testified that Lois Lerner’s emails regarding the targeting of conservative groups had miraculously disappeared—but an IRS watchdog has found 32,000 of Lerner’s emails. There was no effort on behalf of the IRS to even retrieve the emails and the IRS Commissioner didn’t even bat an eyelash when asked to locate them. Now, the IRS’s Inspector General will conduct a criminal investigation—which will eventually go to the Department of Justice. How much faith should the American people have in the Department of Justice though seeing as their office hasn’t been free of its own scandals either?

What is even more outrageous are reports that were revealed this week showing that Lois Lerner received a bonus over $129,000 during her time at the IRS—for what? Was it her remarkable job performance that she was rewarded for?

This type of behavior is unacceptable but yet there’s never any rebuke or punishment—not even a slap on the wrist. There has been a clear political agenda pushed by many leaders in this administration and it is regarded as acceptable and a job well-done. The federal government should be and was meant to be accountable to the American people as well as transparent. Over the past six years, the Obama administration has vowed transparency yet it has been plagued with scandals, cover-ups, and lies.

Not only are government agencies plagued with scandal, but some of its leaders and officials as well. Come to find out Hillary Clinton, the former Secretary of State, was receiving donations to the Clinton Foundation that were unethical and conflicted with the State Department. The Clinton Foundation accepted a $500,000 donation from Algeria, a country that during the time of the donation showed major problems such as arbitrary killings, restricted freedom of speech, and discrimination against women. This severe ethics violation has outraged members on both sides of the political spectrum. We should all be outraged because she accepted this donation to her Foundation during her tenure as Secretary of State, while receiving a federal government paycheck.

When will government agencies and those that are put in charge of leading them be held accountable? After all, all their operations and salaries are paid for with taxpayer dollars yet we continuously see fraud, abuse, and scandal coming out of Washington. I hope for a day where government agencies and its leaders are held accountable and that television shows aren’t a sad reality of our state of affairs. Not even Olivia Pope and her team of “fixers” could save this administration from all the scandals it has been involved in.