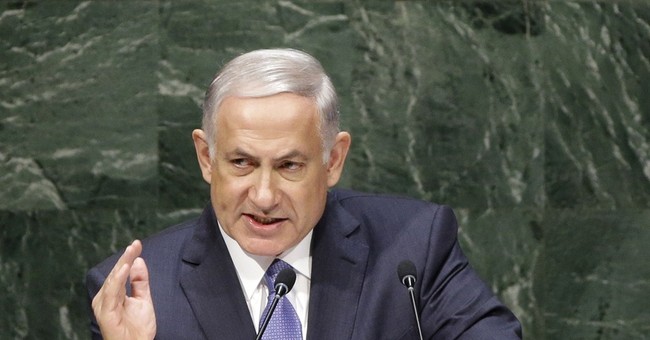 Netanyahu noted that some of the countries that didn’t support Israel in fighting Hamas were quick to support President Obama’s actions against ISIS. Netanyahu said, “Hamas and ISIS are branches of the same poisonous tree.” Both ISIS and Hamas present a very dangerous threat, as both have the ultimate goal of global domination.

Hamas, like ISIS, seeks to establish a caliphate, yet there has been very little support for Israel. Hamas placed rockets where Palestinian children live and play, showing their true colors by using civilians as human shields. Israel defended itself against these war crimes, and the actions of Hamas have yet to be denounced.

In recent weeks we have seen campuses nationwide such as DePaul University create “divest from Israel” initiatives, which have lead to votes by student governments. These initiatives represent the broader Boycott Divestment and Sanctions (BDS) movement, a global effort to pressure organizations and firms to divest funds from companies that support the economy in Israel’s disputed territories.

A student senate president at Ohio University even went so far as to film herself dump a “blood-like” substance over her head to create awareness of the Palestinians being killed by Israel.

What these anti-Israel students neglect or choose not to realize is the radicalization of Hamas and the dangerous threat that it poses to Israel. Hamas seeks to kill innocent civilians whereas Israel seeks to defend itself in the face of terrorism.

It isn’t surprising that there has been a growing anti-Israel sentiment among college students, since President Obama has not done much of anything to stand with Israel. In fact, just last week, before the United Nations, President Obama said, “The violence engulfing the region today has made too many Israelis ready to abandon the hard work of peace.”

Such remarks are a slap in the face to Israeli’s who are trying to protect innocent civilians from Hamas. It is no secret that the United States-Israel relationship is at one of the lowest points given that there is so much division between the countries. Israel has always been an ally and the fact that our President does nothing to publicly stand with Israel is disgraceful.

We live in a time where radical Islam is rapidly spreading, and we are fighting savage terrorists. Women are being abducted and innocent children are murdered daily. Israel faces grave danger in fighting Hamas and is in dire need of support. It is important that we stand with Israel, our ally, to help fight against this evil.