The Sham Behind the Paycheck Fairness Act: Objectification in Disguise 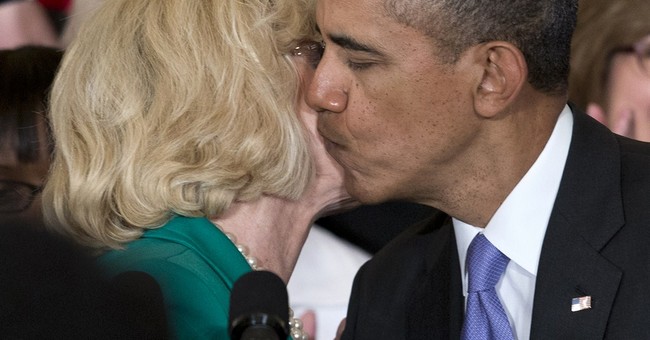 This afternoon the United States Senate effectively blocked the Paycheck Fairness Act, a liberal initiative that would narrow the “fictional” pay gap between men and women.

The Paycheck Fairness Act should be called out for what it is—a sham. Liberals continue to perpetuate their so-called “War on Women” by creating issues out of nonexistent problems. In fact, young, single women in urban areas throughout the United States are actually outpacing and outperforming their male counterparts. This Paycheck Fairness Act is legislation that only seeks to objectify and victimize women, something that the Left is notorious for.

Liberals are obsessed with gender disparity, but yet they are the ones objectifying women through these legislative initiatives that don’t actually seek to empower women.

Let’s look at the current state of the family in America. In a PEW Research study conducted in March, 69 percent of millennials indicated that they in fact want to be married but see their economic situation as a hindrance. Well, thanks to the Obama administration and the liberal policymakers we have seen the economy remain stagnant and youth unemployment at an alarming 16.3%—and rising according to Young America’s Foundation’s Youth Misery Index. Another interesting point to note from the PEW study is that about six-in-ten people in the millennial generation say that more children being raised by a single parents is bad for society.

What can be deduced from these important statistics? Well, that family values are still alive and well among the millennial generation. Young women crave family life and don’t want to end up as single-mothers or dependent upon the government dole. Women want to provide for themselves and find employment, the only hindrance to their success is in fact the federal government.

Yes, it is true that some professions pay more than others and it contributes to differences in salary—but this is not gender based or discriminatory. Once all factors are considered when it comes to occupation and level of education, women are on the same playing field as men. Women are earning more bachelor, masters, and doctoral degrees than their male counterparts but somehow still liberal progressives rally around a ridiculous gender disparity rather than celebrating women’s accomplishments.

Today, common sense prevailed when the Senate blocked the Paycheck Fairness Act but undoubtedly we will hear all the liberal talking heads screaming about how disgraceful conservatives when we are for advocating for women rather than objectifying them.

Ahead of Big Vegas Debate, What on Earth Is Happening in Nevada?
Guy Benson
NBC/WSJ Poll: How Trump is on the Rise, and Why Democrats are Panicking Over Bernie
Guy Benson
Chris Matthews Predicts Bernie Will Lose in a Landslide
Cortney O'Brien
Doug Jones Skirts Question on Late-Term Abortion Vote
Reagan McCarthy

Ahead of Big Vegas Debate, What on Earth Is Happening in Nevada?

Group Behind That Letter Demanding Bill Barr's Resignation Is Revealed, Ted Cruz Responds Perfectly
Redstate
Bloomberg to other Not-Bernie contenders: Drop out now and endorse me or this party is toast
Hotair