Time for Another Abercrombie Boycott 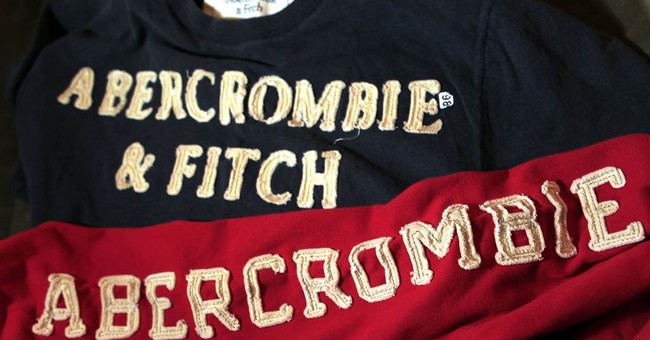 Several years ago, I was browsing the racks at Abercrombie & Fitch when a store employee approached me. “Hey, do you want to work here?” she asked, over the store’s notoriously loud (and obnoxious) music.

In case you didn’t know, no one applies to work at Abercrombie. They offer jobs to good-looking, stylish patrons. For a brief moment, I felt anointed.

I shouldn’t have. It turned out the store had dozens of teenaged and twenty-something employees—all of whom could expect to work five hours a week, if that. But there was a catch: in order to secure the job, you had to buy the clothes.

Nice try, Abercrombie. After realizing they were using employees as walking advertisements for the brand, I ditched the “job”—but only after spending more on the prerequisite clothes than I would’ve made there in a summer.

Considering their history of devious marketing ploys, I wasn’t surprised when I read about the latest Abercrombie kerfuffle. During an interview with Salon, CEO Mike Jeffries offered up this gem: “In every school there are the cool and popular kids, and then there are the not-so-cool kids…Candidly, we go after the cool kids. A lot of people don’t belong [in our clothes], and they can’t belong.”

Robin Lewis, author of The New Rules of Retail, said of Jeffries, “He doesn’t want larger people shopping in his store, he wants thin and beautiful people. He doesn’t want his core customers to see people who aren’t as hot as them wearing his clothing.”

Alright, serious question: have we had enough of Abercrombie yet?

Talk about classy! What made it even more disturbing was the fact that Abercrombie caters to the under-18 crowd. (The magazine was later pulled due to public outrage.)

But it didn’t stop there. Around the same time, Abercrombie started selling thong underwear in its Abercrombie Kids stores. Girls as young as 8 could buy panties emblazoned with “eye candy” and “wink wink.” (I know: ew.) In 2005, a group of teens led a “girlcott” of Abercrombie when it started selling shirts that had the message “Who needs brains when you have these?” written across the chest.

Maybe “Lolita chic” doesn’t bother you. Well, what about racism? Abercrombie has come under fire for refusing to hire African-Americans and selling T-shirts that mocked Asian-Americans. They also discriminate against the disabled. An employee with a prosthetic arm sued the company in 2009, saying they forced her to work in the back room when they found out about her disability.

"I [was] bullied out of my job," the employee told The Guardian. "It was the lowest point I had ever been in my life."

Some readers will reply with “if you don’t like it, don’t shop there.” I don’t disagree. In fact, I support everyone’s right to browse Abercrombie’s racks in semi-darkness (being careful not to succumb to the noxious cologne) in order to buy an overpriced, paper-thin cotton shirt. But that doesn’t mean we can’t criticize it.