Arthur Schaper
|
Posted: Jan 07, 2016 12:01 AM
Share   Tweet
The opinions expressed by columnists are their own and do not necessarily represent the views of Townhall.com. 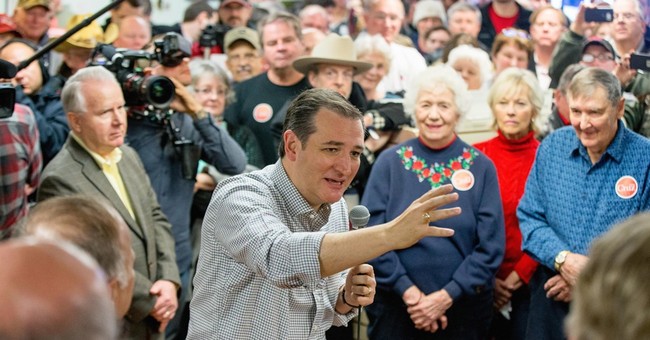 John McLaughlin is an underrated conservative institution, more prophetic than talk radio, more prolific than the modern day blogger. A conservative from Providence, Rhode Island, who challenged the Pastore regime for US Senate, the Catholic priest-turned-pundit pounds the facts, the law, and the table, with room for a laugh or two. He even made a guest appearance on Saturday Night Live in the early 1990’s, appearing as the Angel of Death, knocking off Dana Carvey and his mocking send-up.

His legacy, The McLaughlin Group, promotes the sharpest minds and hardest talk, as announced at the outset of every show, a genuine bevy of ideas and intellect. Respectably, he allows the most frankly liberal and nationalist speak in his forum, all while deriding them in turn. This kind of brash yet comprehensive debate is much needed – and all too lacking – in our modern discourse, where Twitter feeds and Facebook screeds have replaced real policy discussion and political consequences.

From high school to today, I have teethed on McLaughlin’s uncompromising banter. YouTube makes it easier to watch him and follow along. His “Year End Awards” have become another honorary holiday tradition with me, too. Someday, I hope to take the Tony Blakely seat and spar with the man (if he’s still alive.) So, if the gentle readers do not mind indulging my fancy, here are my picks for all categories showcased on their Year End show.

Biggest Winner: Donald Trump? No. I will say Grassroots Conservatives across the country. From the restoration of Congressman Mark Meadows (R-NC) to his subcommittee chairmanship to Red State governors across the country taking back their power (including Governor Matt Bevin of Kentucky), conservatives are finally realizing the wins they had sought in 2010 and 2014.

Best Politician: Ted Cruz. He has remained steady and strong in his pursuit of the Presidency.

Worst Politician: Lindsey Graham. This US Senator represents everything wrong the political class, listening to donors instead of heeding the Constitution

Most Defining Political Moment: Boehner’s Resignation. His sudden downfall sent the message loud and clear to the Washington DC status quo: Game Over.

Turncoat of the Year: Paul Ryan and his terrible Omnibus bill. An acolyte of the Boehner Young Guns program, he campaigned and voted like a principled fiscal conservative, even as a VP candidate in 2012. His decision to push fiscal cliff votes, crony compromises, and the latest spending bill all spell out that he has completely lost his way.

Most Boring: The Election 2016 Presidential Democratic Debates. Hillary Clinton is heir presumptive, and no one believes anything she says. The only real fire came from Jim Webb, who should be a Republican, and never got a chance.

Bummest Rap: DeflateGate. I agreed with Pat Buchanan on this one. The Patriots are a great team with a good quarterback. I get the meanest looks from my fellow Californians, that I am a big fan of New England sports franchises (Patriots and Celtics. Deal with it!)

Most Original Thinker: Andrew Breitbart. He no longer lives, but his influence does, attacking and storming the Mainstream Media.

Most Stagnant Thinker: DNC Chairman Debbie Wasserman-Schultz (and her fellow Florida race-baiting liberal Alan Grayson). Can’t they do better than play the race card? And spend their party into debt?

Capitalist of the Year: In-and-Out Burger. This franchise is expanding in state chasing businesses away (California) Uber, Lyft and Airbnb, and the sharing economy, too.

Honorable Mention: US Senators Mike Lee, with Jeff Sessions for their pro-liberty insurgence. Justices Antonin Scalia and Clarence Thomas for their reasoned rulings, in spite of a rogue Supreme Court majority.

Person of the Year: Donald Trump (He was Yuuuuuuge).

Macroprediction: Conservatives sweep Congress and the US Senate.

Destined for Political Oblivion: Jeb Bush (Clarence Page was right on this one. Pun intended)

Worst Political Theater: Hillary Clinton trying to pass herself as “Your abuelita”. #HellNo

Must Underreported Story: The Huntington Park, California city council’s appointment of two illegal aliens to city commissions (aside from Townhall.com), and the fight of We the People Rising to reverse their perverse course and restore American prestige and the rule of law.

Most Overreported story: The unrelenting schisms in the Republican Party. Yawn.

Sorry to See You Go: Leonard Nemoy. He lived long and prospered.

Fifteen Minutes of Fame: Kim Davis. I agreed with Eleanor Clift, but for better reasons than hers.

Best Spin of the Year: “I was not comfortable using two email servers”- Hillary Clinton trying to justify her serial lying and espionage.

Honest Person of the Year: Chuck Schumer “We are getting everything we want” in spite of a Republican US Senate majority.

Most Underrated: We the People Rising, and the Tea Party Movement in general.