Trump Stumps Against (and For) Walker 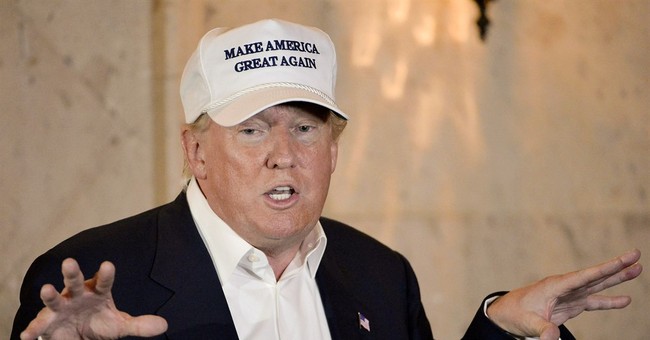 Real estate mogul and reality TV show host Donald Trump is running for President as a Republican, despite years of supporting Democratic candidates and causes. California’s Republican National Committeeman Shawn Steel reduced “The Donald” to a played out circus act who has engaged the more serious candidates to discuss issues positively.

Ultimately, Trump’s side-show is boosting other candidates, including Wisconsin Governor Scott Walker. Bloomberg News interviewed the savvy, strangely-coiffed reality show favorite-of-the-month a few weeks ago. His support and criticism for other Republican Party hopefuls were somewhat interesting and intriguing, not because he spoke warm and factual statements, but because of his thinly-veiled attacks, especially toward Walker.

He has got a lot of problems in Wisconsin. Wisconsin has got tremendous problems. The debt and the difficult problems that they have going on in Wisconsin that a lot of people don't understand and know about. Tremendous borrowings.

Walker faced a lot of problems when elected, but faced them. The argument that he created those problems is not true, and Trump never alludes to that fact in order to nail down that argument. In fact, throughout his interview, Trump spent more time dodging from one set of answers to another, and rarely settled on any straightforward response. He is very much a celebrity, and the media following resembles the Breaking News mentality of cameramen and reporters rushing to an ugly car accident along a busy freeway.

Despite his criticism of Walker, Trump has been a supporter in the past. He contributed $10,000 to Walker's campaign in 2014, the maximum allowed for a contribution to a gubernatorial candidate.

The Manhattan, NYC socialite loves to talk about the plaque Walker gave him for supporting his reelection, too. Trump also spoke highly of Walker before his own campaign for president.

Trump praised Walker for taking on public employee unions in Wisconsin. “I think he’s going to be a very interesting candidate,” he said. “I believed what he was doing was the right thing.”

Most Republican presidential candidates have talked about doing the right things. Republican governors in general, and in some cases the US senators, have done things to advance the conservative cause. The above praise of Walker's labor reforms certainly undermines Trump’s hollow criticism, devoid of specifics, regarding the Wisconsin governor and his "problems."

Now he is attacking front-runners in Iowa. The New York Times describes Trump’s brazen begging for Republican voters’ support, then announces his switch from targeting Washington, D.C. to the Wisconsin Governor.

On Saturday, he said he felt free to add Mr. Walker to his hit list after a Walker supporter called Mr. Trump “DumbDumb” in a fundraising appeal.

For more information on the "DumbDumb" flap, read the Wall Street Journal article here. To be accurate, the Walker supporter from New Hampshire called Trump a "dumbdumb," not the presidential candidate himself. The real estate mogul cannot justify attacking a candidate because of one supporter's private email.

“I said, ‘Finally, I can attack him,’’’ Mr. Trump said to laughter. He went down a list of criticisms that seemed the result of an overnight opposition-research effort. “Wisconsin is doing terribly. The roads are a disaster because they don’t have any money to rebuild them, and they’re borrowing money like crazy.

There was borrowing in the last budget, yet the borrowing has decreased significantly, too. Nothing crazy here. As for the deficits, they existed only in relation to the number of government demands placed by different lawmakers. The final budget just signed by Walker balances out without raising taxes or fees. Most partisans and analysts forget that the Wisconsin Governor took over a state overrun by Democratic policy hegemony with nothing but massive debts to show for their efforts. Red state Walker has been bringing in vast improvements to state running under regressive policies for decades.

He also accused Mr. Walker of flip-flopping on the Common Core education standards, having once supported them. “Scott Walker changed when he saw he was getting creamed, so now he’s not in favor,’’ he said.

This allegation is patently false. Read this link for more information. How was Walker “getting creamed”? Once again, Trump fails to explain the nature of this attack.

Philip Klein of the Washington Examiner also suggests that candidate Trump is helping presidential contender Walker. Because of the Big Labor fights during the first two years of his governorship, followed by two more elections in two years, and the budget fights he has pursued this year, Walker did not have the time to study up and prepare long-term policy agendas on taxes, health care, and foreign policy. With "The Donald" sucking up all the media attention, Walker will have time to lay low, campaign, and reach out to voters and major decision-makers.

Come debate time, Trump may find himself outdone as well as outmatched against Walker and his Republican challengers. Even Trump admitted as much:

“I’m going to be there much to the chagrin of many people, but I’m no debater.

Indeed. When the media hype declines, primary Republican voters will tell Trump: “You’re Fired!” and the reality show star will have himself to thank.