California US Senate Race Heats Up 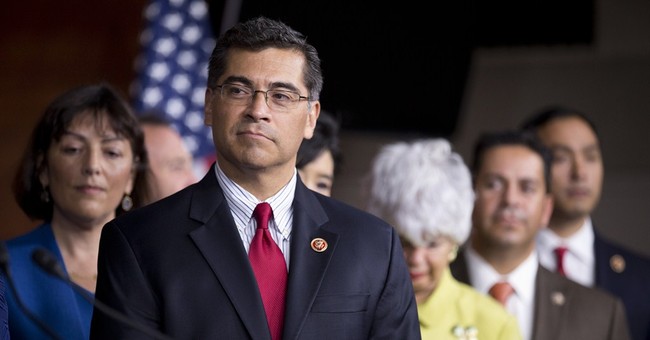 Like a small replica of the United States Presidential election, the race of California’s US Senate seat features another inevitable nominee: Democrat Attorney General Kamala Harris.

A picture of the shifting demographic changes defining California, Harris represents the resurgence of Northern California-Bay Area politics reaffirming its preeminence in the Golden State. Her rise in California Democratic ranks has been just as mixed as her heritage, starting in 1994 with help from the influential yet controversial Willie Brown, forty-year Assembly Speaker who clutched power for another year by forcing a moderate Republican to tip his hand and vote for him for another term.

Harris as Attorney General has fomented more controversy and consternation. Before statewide lawless law enforcer, she relied on her San Francisco connections to unseat another incumbent and become the City’s District Attorney - not just for her arbitrary discretion in choosing which cases to file and which judgments to appeal, including the offensive remark that illegal aliens are not criminals.

Hillary Clinton has faced fire for mismanaging email accounts between public and private, then the numerous records of purported pay-for-play among international activists, diplomats, and the Clinton Foundation. Clinton Cash is not only damaging Hillary’s chances, but has put pressure on the not-so-unbiased mainstream media (George Step-on-all-of-us losing credibility, and fast!)

For the same intents and purposes, Korrupt Kammy is not so inevitable. Within months of Harris’ announcement for US Senate, allegations of corruption and cronyism have dogged her campaign, including her efforts to kill the sale of six hospitals to a for-profit company. She has proffered misleading initiative statements to remove caps on civil judgments. Prosecutors in the Attorney General’s office have falsified confessions, and an aide to AG Harris was arrested for her role in falsely impersonating a police officer in connection with an underground cult.

With so much controversy swirling around Harris, Southern California centrist Democrat Loretta Sanchez announced her bid for US Senate last Thursday (May 14, 2015). A representative from the heart of Orange County, Republican-turned-Democrat Sanchez first defeated high profile incumbent Republican B-One Bob Dornan (who had represented Torrance in the late 1970s, early 1980s.) Losing in a stunning yet close upset, despite allegations of voter fraud, Dornan lost a comeback opportunity in 1998.

Like Dornan and Harris, Sanchez has been no stranger to controversy, from hosting a fundraiser at the Playboy mansion, to quirky Christmas Cards, to her more business-friendly politics, representing a conservative-leaning district). For her latest gaffe, within days of announcing her bid, she made a war-whoop, mocking Native Americans. She apologized, yet now has made herself vulnerable as well as embarrassing.

With 2.68 million more Democratic than Republican registered voted in California, why should ambition liberal denizens sit out the Senate race, especially during a Presidential year, with their chances growing in line with a near-certain rising voter turnout? Sanchez has broadened some room for other Southern California Democrats to jump in, and no doubt liberal lawmakers in the background are mulling a bid.

This bottleneck of political envy should surprise no one. For nearly two decades, ambitious Democratic Congressmen, who now dominate California Delegation 38-14, have longed for a US Senate retirement. With Boxer out, their chance had arrived, until Inevitable Kammy stepped up. Her missteps have prompted Sanchez to step in, and now her faulty stepping off may induce other Democratic lawmakers to reconsider their considerations and chase the US Senate seat.

Who else could throw their proverbial hat in the ring?

Congressman Adam Schiff of Burbank was a considering a run for the upper chamber. A considerable candidate who had unseated a vulnerable Republican in 2000 (James Rogan, who prosecuted Bill Clinton in 1999, with full knowledge that he would lose his seat for standing on principle), Schiff recently featured prominently on a number of Sunday news programs, where he took bold positions opposing the White House. He has decided not to run.

Who else could declare to replace Boxer?

Bay Area nonentity Congresswoman Jackie Speier may put her foot in. Never heard of her? Most Californians haven’t either, another curse of easy incumbency in liberal California. Background sources have also suggested that former Lieutenant Governor and current NorCal Congressman John Garamendi (Yuba City) could launch a bid. He faced a close win in 2014, and the National Republican Congressional Committee will actively target his seat in 2016. Why sit under the pressure of another major local onslaught? A statewide figurehead until his election to the House, Garamendi could pull some strings and raise some money throughout the state (including San Pedro, CA, where he made a key visit toward the end of his tenure).

Then there are the SoCal Hispanic Democrats, still feeling snubbed, unhappy with Shaky Sanchez. Are they still looking for a Liberal Latino to carry their cause? One likely contender for that mantle is Congressman Xavier Becerra of downtown Los Angeles. A vocal liberal on national talk shows as well as in the House, Becerra has irked his own caucus and the opposition while pushing progressive politics. He stands out also because of his routine jabs at once-inevitable Kamala Harris, including demands on the media to probe her stances on key positions. Incidentally enough, he voiced these concerns the same day Sanchez declared her candidacy. Serving in Congress since 1992, Becerra has a longer pedigree than many of his colleagues, and deep connections in one of the strongest (and staunchest) Democratic machines in California. Could he announce any time soon? His campaign office indicated he would not decide until July, after key votes in the House have been taken up. Why rush an announcement when Kammy and Loretta are already tearing each other up. This early infighting will assist a third candidate to take up the disillusioned elements on both sides of the Democratic Party and win the nomination.

Contrary to the best intentions of California Democratic Party bosses, the race for the Golden State’s US Senate seat is heating up, and not for the better for the Democratic Party or its affiliates.