Killing Ourselves With Hate

Armstrong Williams
|
Posted: Jan 02, 2020 12:01 AM
Share   Tweet
The opinions expressed by columnists are their own and do not necessarily represent the views of Townhall.com. 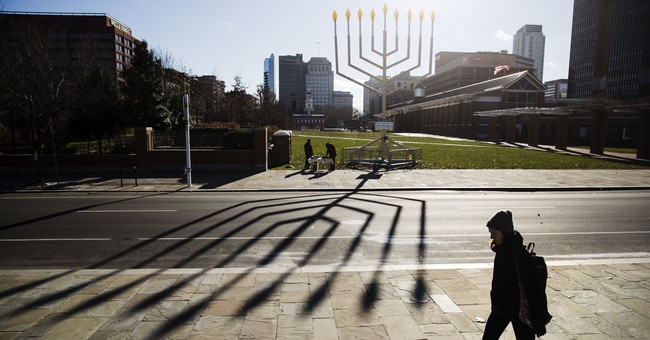 The recent shooting inside a kosher supermarket in Jersey City, New Jersey is the latest example that we Americans are literally killing ourselves with hatred for our neighbors.

It is just the latest in an ever-lengthening litany of putrid examples showing the terrible consequences of hating the "other" rather than loving in our hearts all of those created in God's image. The facts surrounding the murder of innocents just across the river from New York City illustrate how pervasive this problem is today.

The alleged perpetrators of this heinous crime, a man and a woman, were apparently both motivated by their deep hatred of Jews. Information continues to emerge that speaks to the motivation behind this callous crime, including that they were reportedly linked to a sect of Black Hebrews who hold anti-Semitic beliefs.

The violence itself was bad enough, and critics who seek to downplay the pervasiveness of anti-Semitism within our borders could easily write it off as an isolated anomaly. But it was the television footage shot at the scene of the crime in the immediate aftermath that sent shudders down my spine.

A succession of black neighbors railed against the ultra-Orthodox Jewish community, who moved to Jersey City in recent years to escape soaring real estate prices in nearby Williamsburg. In a clear and shocking instance of blaming the victim, they said that things like this never happened until the Jews came to their city. "I blame the Jews," said one bystander, who said her children were stuck at school on security lockdown "because of Jew shenanigans."

It was not too long ago that the black and Jewish communities were connected through friendship and solidarity, owing much to their shared involvement in the civil rights movement. It seems quite prescient now that those very sentiments were the focus of an in-depth television segment that I produced months ago focusing upon the rise of anti-Semitism in America.

But as is often the case for closed-minded politicians looking to score cheap points, the shooting became the topic of misinformation and misplaced blame. Rep. Rashida Tlaib, D-Mich., erroneously tweeted that "white supremacy kills" before deleting the tweet, perhaps after realizing that the black people who pulled the trigger probably were not white supremacists.

Tlaib's decision to weigh in on this tragedy with controversial comments should come as little surprise, given that she attacked Republican congressmen who voted to condemn the racist Boycott Divestment and Sanction movement, singling out Israel as having "forgot what country they represent." This from an Israel-baiter who posed for photos with the leader of a pro-Palestinian group who has described the founding of Israel as a "crime" and equated Zionism with Nazism.

The Jews in Jersey City certainly live an insular life, focused with zealousness on living based upon strict Biblical tenets. Since arriving in their new neighborhood in search of more affordable housing, they have, out of desire and necessity, set up synagogues, their own religious schools and supermarkets to stock kosher food.

Were they perfect neighbors? Of course not, since no person is ever an ideal citizen 100% of the time, but that certainly owes much to the fact that their community keeps to itself, speaks its own language and eschews many of the aspects of modern-day life.

And yet there is nothing in the world that could ever justify shooting people to death. The supermarket slaughter showcases the worst of modern-day America. It illustrates that anti-Semitism and xenophobia are alive and well.

The problem is not the role of religious minorities in our town. Nor is it the racial makeup of the criminals who carry out such disgusting deeds. The source of the issue is the sickening hatred that resides within the hearts of far too many Americans.

Until we address this sad reality, confront it and make strides to correct it, we can expect to see more tragedies that cut short innocent lives and make this a more dangerous and divided society.