Armstrong Williams
|
Posted: Mar 14, 2019 12:01 AM
Share   Tweet
The opinions expressed by columnists are their own and do not necessarily represent the views of Townhall.com. 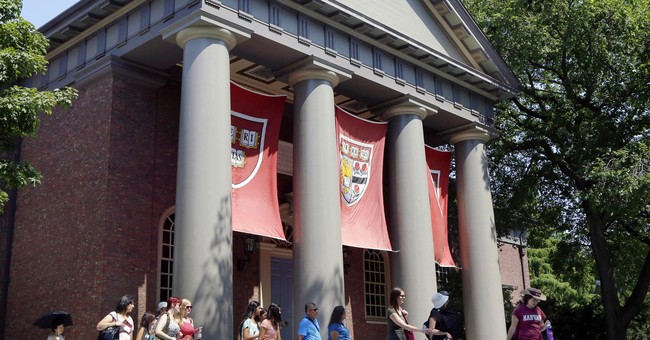 The media is baring its rancid teeth again. We have more people whose lives we can now rip apart. In the latest frenzy of outrage and recrimination, the collective disdain and finger-pointing and "how could they-ism" of the media establishment has fresh meat: the wealthy, sometimes famous and sometimes powerful parents who were involved in a scheme to bribe and cheat to get their children into college.

But let's also consider this: The whole college admissions system is rigged and wrong. Instead of simply tsk-tsking these people who allegedly illegally paid to help their kids, maybe we should also consider why people who seem to be otherwise good and upstanding would be driven to engage in this kind of behavior.

Is any of that fair?

Parents love their children. They want to do right by them. Most parents would gladly give their lives for their children. Believing that admission to a particular college is crucial for their child's success -- or imagining that it is the fulfillment of a dream -- these parents looked at a system that is, by any fair account, rigged to favor a few, and they tried to make their children part of those few.

Now here's where this gets hard: My bet is that 98 percent of the people involved in this scheme are upper-middle-class white people. Their children, I bet, are mostly good people: involved in the community, good students. And the fact is college admissions are rigged against white and Asian students, who often have to have better test scores and better qualifications to gain college admittance.

The reality in many of these universities is that by the time you subtract preferences for minorities, athletes, children of donors and children of the well-connected, college admissions is a process in which the only people seemingly "guaranteed" spots are people who have the system rigged in their favor. It's clear from reading some of the emails that many of these parents were trying to "rig" a guaranteed spot for their kid.

Think about this: Being on the board of trustees of a college, donating $20 million and talking to the college admissions officer about your kid or a friend's kid is legal. Being a black student with lower test scores than other applicants and still getting special preference is legal. Being a Hispanic student with lower test scores than the average applicant and writing an essay about the prejudice your family has faced, playing to the sympathies of the admissions committee, is legal. All of it plays to getting a special advantage in admissions. And all of it is legal.

What these parents did was clearly illegal. It is not justifiable. It is wrong. But for anyone who has ever loved their child, it is understandable. I'm not justifying their behavior, but I understand it. If you love your kid, wouldn't you do anything for them? And when you look at a system that is so clearly rigged, why wouldn't you try to rig it in your kid's favor?

It's easy to blame the parents. And they should be blamed. But let's also not let the colleges completely off the hook.

Everyone knows that the system they've set up is rigged. So, let's unrig it. Make all admissions blind. Instead of names on applications, substitute anonymous numbers. No information should be included about race or gender. No contact should be allowed between rich, well-connected donors and college admissions officers. Applications should be evaluated in the way that some law school classes are evaluated -- blindly -- based on their quality. Let's unrig the way that America admits young people to colleges. What these parents did is wrong. But the system itself is wrong. Let's see if the liberal media, the celebrities and the college admissions officers are willing to ask hard questions about the very system they all support.