Paterfamilias - Trump and the Perils of Paternalism

Armstrong Williams
|
Posted: Oct 04, 2018 12:01 AM
Share   Tweet
The opinions expressed by columnists are their own and do not necessarily represent the views of Townhall.com. 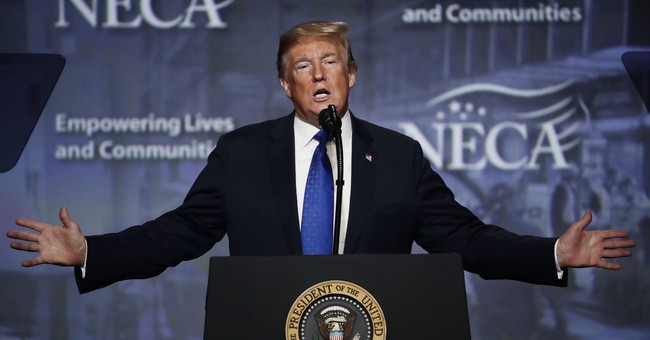 No one likes to be scolded or told what to do by an authority figure, even if it is for your own good. Men don't like it. The poor and the wealthy don't like it. Blacks don't like it. Women don't like it. Neither Democrats nor Republicans like the often-brusque rebukes issued by the man in the oval office. President Donald Trump, though, seemingly does not care about the rumpled feelings he leaves in his wake. He seems to view himself as the nation's glowering parent, not worried about offending you as long as he thinks he is actually protecting you. In his mind, as he has often stated, he alone can fix the problems that ail us.

I actually believe the president is well-meaning on most issues -- North Korea, Europe, immigration, taxes, trade and tariffs, and the economy. What he doesn't seem to understand is that in order to be effective in his role, he needs to learn to play well with others.

The political left in particular is roiled up over what it see as Trump's authoritarian bent. The left fears it could easily tip over to full-scale despotism. In both his manner and policy choices, Trump has certainly demonstrated an unvarnished directness in going about the business of the country. Take, for example, his inelegant immigration policies. To a person like Trump, the best way to curb illegal immigration is to stop immigrants illegally crossing the border and to detain them until they can be deported. If they cannot get in, after all, and the people already here illegally are found and deported, then that leads to lower net immigration over time. It is a simple mathematical equation.

However, in practice, intercepting people at the border and holding them in detention until they can be deported is anything but simple -- as events have proven. Once you detain immigrants, you have to care for them, especially children. Many of them are coming with a whole host of physical and mental health problems -- pre-existing traumas that you, their new captor, now own. It also goes against the instincts of kindness and justice that many Americans feel to see children separated from their parents and suffering alone in camps. There is something oddly dystopic -- dare I say even fascist? -- about camps full of defenseless women and children on American soil. Prior administrations sought to avoid both the administrative and public relations nightmares this scenario poses by detaining only adult men, and releasing the women and children pending adjudication.

Trump feels no such compunction. He is not, after all, the world's father. He's concerned only about protecting Americans. If non-citizens are trying to infiltrate our country and take our benefits through population dilution, he sees it as his duty to prevent that from happening by almost any means. Some of those means have proven to be neither wise, nor legal, nor necessary. They may even be counterproductive. Courts have rejected Trump's ad hoc policies because of the harm they have caused to children in particular. The administration's unwillingness or inability to comply with court orders to reunite separated children with their parents is on the verge of creating a constitutional crisis.

Therein lies the second problem posed by the paternalistic instinct. Fathers can injure their families in their attempts to protect them. If they are too harsh, they risk alienating their children. Then, seeking a kinder reception outside of their family, children can fall prey to malevolent influences. The solution many on the left have turned to in dealing with the Trump administration's implacable policies has been to revolt, which is evidencing itself in local elections. Several of the country's rising political stars are far-left radicals who have won surprise races in formerly mainstream districts. It seems almost imponderable, but Ted Cruz's formerly safe Texas senate seat is in jeopardy from a left-wing insurgent running on a pro-immigration platform.

Paternalism unhampered by wisdom can be a recipe for disaster. If one mutes dissent and fails to take into account the various factors that go into the wants, needs and desires of the people one is leading, one risks winning the battle but losing the war. The American people want immigration curbed because they see a shift in the values that have made America great. Americans do not want to have people fleeing crime- and war-ravaged nations let loose on our streets to attack Americans and diminish our way of life.

Nevertheless, the means do count. We should be cautious that in the way we go about protecting ourselves from harm, we do not become the very enemy we fear.