In Defense of Israel

Armstrong Williams
|
Posted: Jul 26, 2018 12:01 AM
Share   Tweet
The opinions expressed by columnists are their own and do not necessarily represent the views of Townhall.com. 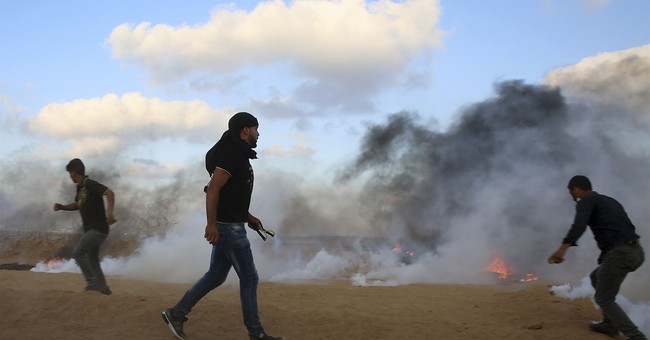 Pick up any newspaper and you might get the impression that Israel is being ruthless and aggressive when it comes to dealing militarily with the Palestinians. That is especially true for those living under the control of the terrorist group Hamas in Gaza.

Regardless of manipulation of the news by Hamas, this could not be further from the truth.

Most recently, terrorists in Gaza were responsible for firing 200 rockets and explosive projectiles into southern Israel in the span of one day. Contrary to what Hamas may lead you to believe, these deadly weapons were not directed at military bases or government buildings; instead, they were directed at civilians and population centers. In the terrorists' eyes, the more innocent Israelis who are wounded or killed, the better; that is the goal and they are not afraid to admit it.

Thankfully, Israel is well prepared for such attacks and is unafraid to appropriately defend itself. The country must be, for it has suffered through these attacks almost constantly for years on end. The Red Alert system, which warns Israelis of incoming attacks with a mere 15 seconds of lead time, blares relentlessly throughout the barrages. Mothers and their families scramble to take cover as the Palestinian terrorist rocket crews attempt to deliver death and destruction upon them.

In Sderot, one of the Israeli cities closest to the Gaza border, children hunkered down in playgrounds and at bus stops that also double as bomb shelters, designed for this very purpose. It is both incredible and tragic that Israeli bus stops must be built to withstand rocket fire. As Americans, it is hard to relate to this grim reality.

Thankfully, The Iron Dome missile defense system -- Israel's great protector against short-range rockets -- intercepted dozens of projectiles before they could do any significant damage. Dozens more fell in uninhabited spaces. One projectile landed in a kibbutz and another on a synagogue. Luckily, neither of these caused injury or resulted in casualty.

Tragically, another rocket smashed directly into a home in Sderot, wounding at least three Israelis, including two teenagers.

Since its rebirth as a state in 1948, it seems that Israel has not known a day of peace, but not for lack of trying.

To his point, Israel not only has the right to defend itself against those who would like to see it annihilated; it also has a duty to protect its citizens. Rockets do not discriminate and threaten Jews, Christians, Muslims and Bedouins alike. Israel's military response in Gaza to this latest provocation was not only warranted -- it was necessary.

In what was the largest attack against Hamas since 2014's Operation Protective Edge, the Israel Defense Forces subsequently bombed a series of military targets in Gaza, including attack tunnels, weapons storage facilities and a Hamas urban combat training facility.

To put things in perspective, imagine if even one rocket was fired by a hostile nation into America. There would be outrage and calls for immediate and harsh action. But since it is happening in Israel, the world instead focuses on the response, unfairly heaping condemnation on the Jewish state.

There is absolutely no moral equivalency between Hamas' attack and Israel's defensive response. Hamas was aiming at innocent civilians, while Israel took aim only at strategic Hamas targets. By no means was the IDF's response excessive. Absorbing 200 rockets in a single day creates an untenable situation, and Hamas must be deterred from firing more deadly weapons into Israeli territory.

For weeks, Hamas has been sending kites over the Gaza border. These are not the colorful, harmless kites of childhood that you might imagine. Instead, these kites are ominous, affixed with firebombs and other explosives. They have destroyed acre upon acre of Israeli agricultural land.

It is clear to anyone who closely observes the reality in Israel that the No. 1 goal of Hamas is the destruction of Israel, not pursuing a viable Palestinian state, which is what Hamas wants you to think.

While Israel tries to minimize casualties, Hamas does the complete opposite. Let us not forget that Hamas is an internationally recognized terrorist organization, infamous for using the Palestinian people as human shields and for using financial incentives to encourage people to become suicide bombers.

During recent protests, Hamas encouraged Gazans to try to storm the border with Israel. Having gotten wind of this plan of action, Israel responded by dropping leaflets beforehand warning everyone to avoid harm by not approaching or attempting to breach the barrier.

Hamas knew full well that they were sending their own people to death since no country would allow a mass infiltration by a mob incited to rampage and kill innocents. But dead Palestinians provide great PR pressure points for Hamas against Israel. After whipping their own people into a frenzy all while knowing that it was a death sentence, Hamas proceeded.

In the aftermath, Hamas painted a very different story of innocent Palestinian victims in a peaceful mob, gunned down by Israel. They and a chorus of international actors then denounced and lambasted Israel.

The Palestinians should immediately halt these cynical games. Until then, Israel has no choice but to do what it must to defend its people.